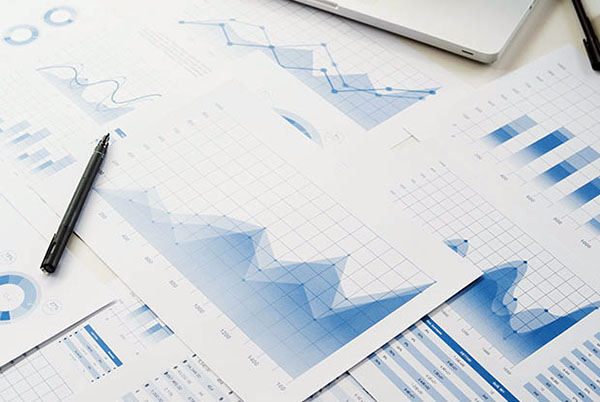 Real GDP grew 2.6% in the third quarter at a seasonally adjusted and annualized rate, a bit better than the 2.3% consensus. Comerica had forecast 1.5%.

The third quarter shows a swing to positive growth after two quarters of declines. On a year-over-year basis, the economy grew by 1.8% in the third quarter, following a similar gain in the second, and a 5.7% increase in the first. Consumers increased spending on services in the third quarter, contributing 1.2 percentage points to annualized growth. At the same time, consumers cut back on spending on food and energy as their prices surged and also spent less on motor vehicles and parts due to ongoing manufacturing supply chain issues, high prices, and rising car loan rates.

Business spending fell for a second straight quarter in the third quarter. Construction spending on residential and nonresidential structures was down as interest rates on mortgages and other long-term sources of financing surged. Businesses increased investment in equipment and intellectual property in the quarter, though. Businesses also added to inventories more slowly, which subtracts from GDP growth. Separate from the GDP report, recent inventory data show that aside from ongoing shortages of vehicles and tight supplies of petroleum products, most retailers and wholesalers are holding inventory levels that are at least normal relative to sales, if not a little high.

The trade deficit shrank as exports grew, supported by energy shipments to Europe, and as imports fell with Americans spending less on goods and more on experiences. A smaller trade deficit adds to GDP because it means more American spending is on goods and services produced here versus in other countries.

Inflation slowed in the third quarter, with the price index of GDP up 4.6% annualized after an 8.5% increase in the second quarter. The core GDP price index excluding food and energy slowed to 4.8% from 6.9%.

The GDP report was modestly better than expected, and there were no big surprises from which sectors of the economy were stronger and weaker in the third quarter. GDP has been buffeted by big swings in the trade deficit, government spending, and businesses’ management of inventories over the last few quarters, which have distorted the underlying trend.

Looking through these, the underlying trend of the economy is cooling. Final sales to private domestic purchasers slowed to just 0.1% annualized growth in the third quarter—barely up—from 0.5% in the second quarter, 2.1% in the first, and 2.6% in the fourth quarter of 2021.

The latest data on jobless claims likewise show the economy is softening. Continuing claims for unemployment insurance rose more than expected in the week ended October 15, up 55,000 to 1.438 million, which was the highest since April. Initial jobless claims rose just 3,000, to a relatively low 217,000. The increase in continued jobless claims doesn’t primarily seem related to Hurricane Ian, since claims in Florida edged lower on the week and are down about 3,000 from August. Instead, the increase in continued claims suggests hiring is slowing and laid-off workers are having a harder time finding new employment than earlier this year.

On net, both today’s GDP and jobless claims releases point to a US economy that is losing momentum. Growth is likely to weaken further near-term.

Comerica forecasts for the October jobs report, to be released on November 4, to show nonfarm payroll employment growth slowed to 150,000 from 263,000 in the prior month and for the unemployment rate to tick up to 3.7% from September’s half-century low of 3.5%.