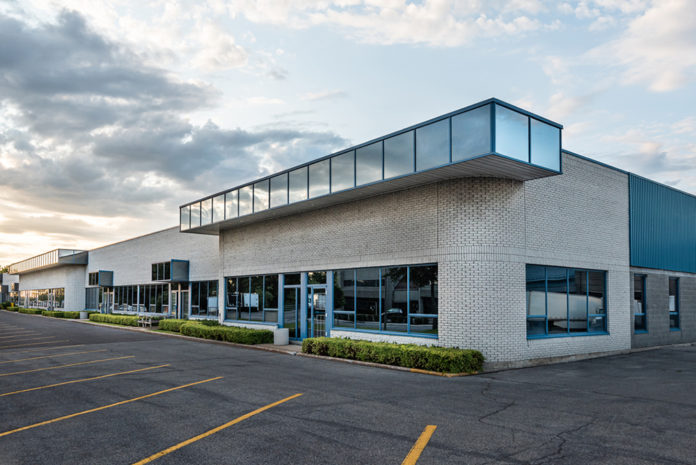 Big-box retailers, classic enclosed shopping centers and co-working spaces likely will be among those permanently affected by the long-term impacts of COVID-19, says one CEO and real-estate entrepreneur.

In other words, don’t be surprised when you start to see wholesale closure of chains and even malls across the country, according to housing investor Richard Rubin. And he’s not alone in this prediction. Many organizations are watching the retail and hospitality sectors carefully as coronavirus tests all players.

In recent weeks, retailers such as Macy’s and JC Penney have announced they were furloughing workers because of the coronavirus shutdown. An estimated one-fifth of Americans or about 32 million people work in retail and hospitality in businesses such as stores, bars, restaurants and tourism.

“The first quarter 2020 stats showed us there are strong segments and weak segments in the metro Detroit’s office market,” Fred Liesveld, Managing Director of NKF’s Detroit office, said in a statement. “However, both the CBD and suburban areas are going to see challenges in the coming months as COVID-19 slows the market. Landlords will have to be creative in maintaining and attracting new tenants.”

Substantial impacts
Rubin is the CEO of Repvblik, a company that is turning old malls and distressed real estate into affordable housing. The former advertising and marketing executive switched over to real estate in 2004 when he started taking high-rise commercial office buildings and turning them into large-scale affordable housing in his native South Africa.

Rubin moved to the United States in 2015 and founded Repvblik with Chris Potterpin of PK Housing in Okemos. Repvblik focuses on the adaptive reuse of all classes of real estate into workforce, student and 55-plus housing without the reliance on federally funding programs like Low-Income Housing Tax Credit. Since moving to America, Rubin has spent time in Michigan and throughout the Midwest, so he knows the lay of the land, so to speak.

Like many, Rubin said the economic, environmental and geopolitical impacts of COVID-19 will be substantial in the months and years to come, especially for small businesses. But big businesses, particularly those invested in real estate, are going to be hurt as consumers avoid spaces such as malls and other kinds of shopping centers.

REITs or real estate investment trusts were heavily invested in commercial real estate such as offices, apartment buildings, shopping centers and hotels, Rubin said. These REITs may have been working diligently to update their properties to more modern standards for shopping, such as open-air centers or more experiential destinations, but it may be too little, too late in light of COVID-19.

Rubin believes that online retailers and shopping services such as Shipt, Amazon Fresh or Instacart will forever change the way people shop after the quarantines have been lifted. Consumers, wary of large or public spaces, likely will continue their behavior through online shopping both for groceries and other household items, Rubin predicts.

“Amazon and other retailers have done such an amazing job in terms of serving their customers. There’s just not competition,” Rubin said. “In some states, you can go online and order all of your groceries for the week and have them delivered to your home in two hours or less. After that, do you really want to go back to the store to shop?”

Cutting budgets
The result? Stores will have to pivot, change their delivery methods to more online shopping or shutter completely. That will leave a large array of big box stores empty across cities and states, giving rise to the need to convert them to other uses. That’s good for Rubin’s business, but it’s not good for the economy or the environment, he notes.

“Consumer behavior will be geared toward working from home,” Rubin said. “Companies (with large real estate holdings) won’t be able to afford the overhead. Some will realize even if they could, they won’t want the overhead or the exposure.”

People also will want to lower their overall costs, especially when it comes to apartment rent, Rubin predicts. That will result in pricy rentals losing their tenants as people look to drop their overall costs so they can afford to live in places like big cities, Rubin said.

“People will start shopping down,” Rubin said. “People in Los Angeles or Manhattan who are paying $2,200 in rent will instead want to spent $1,200.”

Moreover, Rubin predicts that coworking spaces also will feel that pinch as people will prefer working from home rather than in large, open spaces. Because people got good at products such as Zoom, they won’t need office space so much and will want to avoid groups. Even banks are likely to see a downsizing as well as people avoid branches and stick to online services.