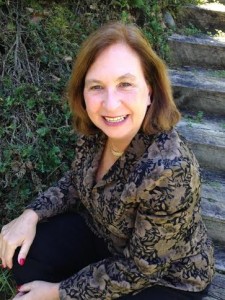 Her work – the Realm of Darkness Haunted House in Pontiac – is well known as one of America’s best and one of Michigan’s scariest haunted houses. But what is not well known is the woman behind the ghosts and ghouls.

No one could guess that in 1976 a few white sheets and a bit of clothesline would take Siess on a journey that would last more than 30 years. It actually became the inspiration for what would soon become her full-time job.

As the director for the Warren-Centerline Special Education Program – a program geared toward mentally and physically challenged children and adults – Siess covered 16 parishes in and around Warren and divided her time between 60 adults and children with various special needs. Her first Haunt sprung from a small Halloween party for her special needs students at St. Mark’s Catholic Church and consisted of white sheets hung over clothesline stretched across two classrooms to form eight separate spooky areas. 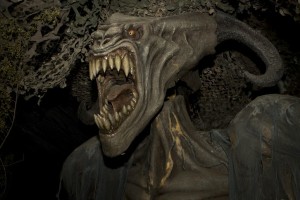 “The teachers and I spent countless hours decorating for that first event,” recalled Siess. “It wasn’t much, but it sparked something inside of me. The response was so overwhelmingly positive, we decided to make it a little bigger each year and opened the Haunt to the public as a fundraiser for my kids.”

Donations in those early years were modest, but as Siess’ attention to the gory details continued to grow, so did the Haunted House’s attendance. It soon gave birth to several new attractions, locations and supporters over the years. The success of the haunted attractions brought in enough funding to provide an opportunity for Seiss to travel her special-needs children to places they never would have seen otherwise, including Disney World, Universal Studios and Niagara Falls.

After 24 years of Haunting for a non-profit group, Siess left the limits of low budgets and temporary church housing to pursue her passion in a permanent home. But she never strayed far from her charitable roots, dedicating several nights each season to raising thousands of dollars in annual funding for non-profit organizations like the Multiple Sclerosis Society. 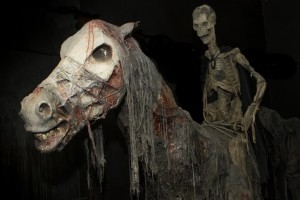 In 2000, Siess began renovating an abandoned Farmer Jack grocery store in Pontiac with her husband Brian and a small crew of family and friends to create “The Realm of Darkness.” The Realm opened its doors for the first time to the public in 2001. Attendance at the attraction was at an all-time low that year. Discouraged, but not disheartened, Siess never gave up on her dream.

“Who’d have ever thought that tiny seed planted in a classroom in 1976 would have blossomed into this phenomenal, mind-boggling garden of horror,” said Siess. “It’s taken me on a wondrous journey, and it’s still in the making.”