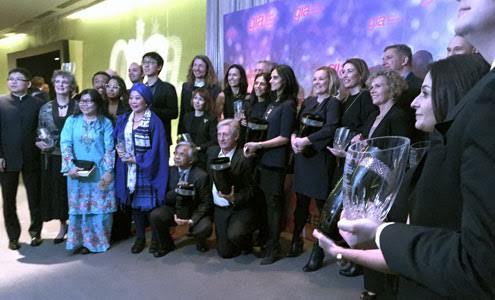 Now she can add one more title: A national honoree during the Global Innovation Awards. Curtin, proprietor of Leon & Lulu, won the newly created “Gift Retail” competition, sponsored by Gifts and Decorative Accessories. 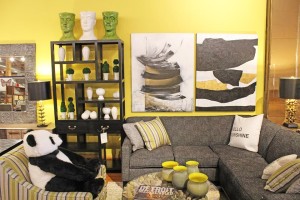 In product awards, gia honored 60 product finalists in 12 categories. This is the first time the IHA has combined its product innovation awards with the gia retail excellence program at the gala, which was held at the Radisson Blue Aqua Hotel. The 12 finalists are on display at the Hall of Global Innovation in the Lakeside Center of the McCormick Place Convention Center.

“Congratulations to these winners of the IHA Global Innovation Award for product design,” Phil Brandl, IHA president and CEO, said. “They are excellent representatives of the cutting edge innovation and creativity that is driving the housewares industry today.”

On the retail side, 25 stores from 23 countries around the world were lauded for excellence in the following criteria: overall mission statement, vision and strategy; store design and layout; visual merchandising, displays and window displays; marketing advertising and promotions; customer service and staff training; and innovation. These honorees were selected by co-sponsoring trade publications with targeted distribution in more than 30 countries on five continents.

Retailers across the globe were honored, inlcuding: Lake House, Canada; Illums Bolighus, Denmark; Kitchen Shop, Malaysia; K’OOK, Netherlands; and Lords, United Kingdom. Cooking, from Spain, was honored for Excellence in Online Retailing. Karaca Home, from Turkey, took home the Martin Pegler Visual Merchandising Award. It was announced that Pegler, a staple of the annual awards, is retiring this year.

Leon & Lulu is celebrating its 10 anniversary 6-8 p.m. April 1, 2016, by donating $10,000 to 10 local charities. It’ll also be hosting Let Them Eat Cake, a baking contest from noon-4 p.m. April 3 at the store. The competition is open to pro, home and student bakers. The public is invited to shop and sample cake in celebration with shopping proceeds benefit the Children’s Leukemia Foundation of Michigan that day.

In ten short years, the restoration and rehabilitation of the 1941 15,000 square-foot Ambassador Roller Rink in Clawson has sparked growth and excitement, helping revitalize a city’s entire downtown area. This during a mostly downturn economy. Leon & Lulu is expanding into the former Clawson Theater, also built in 1941, which is being mindfully renovated. “The Show” is slated to open this year and will feature a cafe and an animatronic ticket taker in the old ticket booth. The replica Clawson Marquee was already installed last spring.