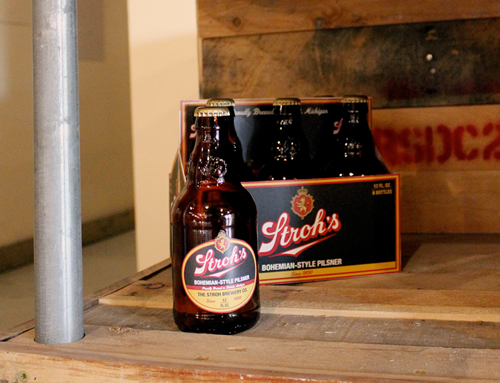 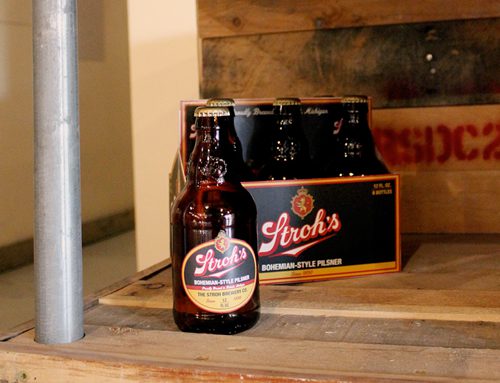 Brand names, new and old, have lasting power. That is why companies including Shinola have enjoyed success then when the name first emerged and today with their famous relaunches.

Stroh’s beer hopes that Detroiters of all ages, places and lifestyles will remember when the beer was brewed in Southeast Michigan. So the company is preparing for a reboot of the product by brewing it again within the city limits and putting together a nostalgic brand launch to go along with it.

Starting in August, Stroh’s Bohemian will be brewed at Brew Detroit in Detroit’s Corktown neighborhood. It will be available at Detroit-area bars, restaurants and more within the month. Special tapping events also are planned.

In 1848, during the German Revolution, Bernhard Stroh, having apprenticed as a brewmaster at his father’s side, immigrated to the United States. Bernard established his own brewery in Detroit in 1850. Stroh named his new company Lion’s Head Brewery, adopting the Lion’s Crest logo from the Kyrburg Castle in Germany – the same crest that adorns Stroh’s beers today.

Stroh’s Bohemian-style Pilsner will complement Stroh’s Lager and Stroh’s Light brands in Michigan. It has 5.5% alcohol by volume and 33 IBUs (International Bitterness Units). It will be available in specially designed 12 oz. bottles and on draft.

Eric Phillips, brand manager for the Stroh’s reboot, said the company wanted to bring the beer brewing back to Detroit as a homage to the city and its progress.

“The city is experiencing such a great resurgence,” Phillips said. “There’s this great energy around the city of Detroit. It coincides with Pabst wanted to be good stewards of these historic brands that it owns. We felt Stroh’s was a great one to resurrect; it pays homage to a great brand, started in 1850 in the city of Detroit.”

Phillips said he sees parallels between Stroh’s and the city. The bottle and label will tap into the historic nature of the beer as well, Phillips added, reflecting the long history of the brew both in Detroit as well as within the industry.

“There’s this excitement and energy within people and within the city,” he said. “I’m finding there’s this dormant love of Stroh’s in the city; you can see it and hear it in the tone of their people’s voices. They tell stories of their uncles of grandfathers who worked there. They want to share all of those stories. There’s a connection to it and a passion for the brand.”