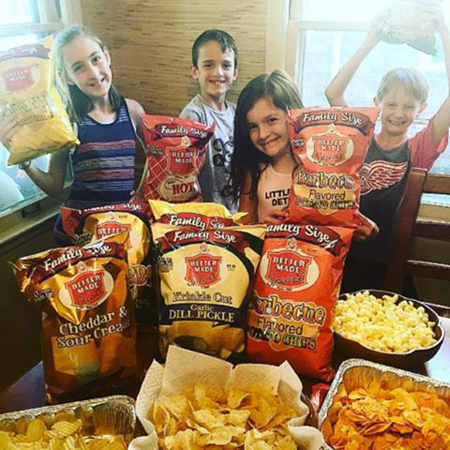 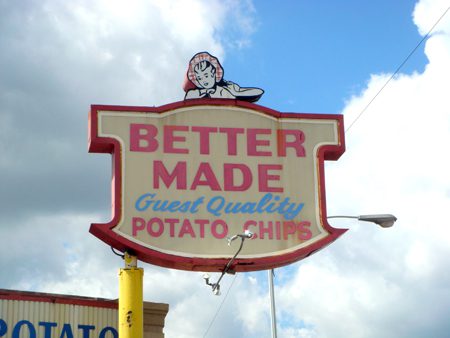 Mark Winkelman remembers eating Better Made chips when he was a kid. Having that bag of crunchy, golden potato chips in his lunch made him feel something of super star – and the best part was eating every last crumb in the bottom of the bag.

Better Made now says those types of memories, the ones that evoke a variety of senses—where you were, what you were doing and the sights, sounds and smells of that moment—are what makes food memories so strong. And Better Made, the snack-foods manufacturer that Winkelman now leads as president, is collecting those stories for a new series of advertisements for the company.

The Detroit-based company now is reaching out to customers, tapping into what it sees as an innate desire to connect through the brand.

“For many of us, Better Made snacks are more than just a delicious treat – they’ve become inseparable from the sweetest parts of everyday life,” says Better Made in its marketing materials.

That includes a reach out to fans with a request to share what parts of their life are just a little more special with Better Made snacks. As part of its “Life Better Made” campaign, customers are asked to submit photos or a short video (15 to 45 seconds) or photo of what makes your #LifeBetterMade, and it could be featured on the company’s website and social media. 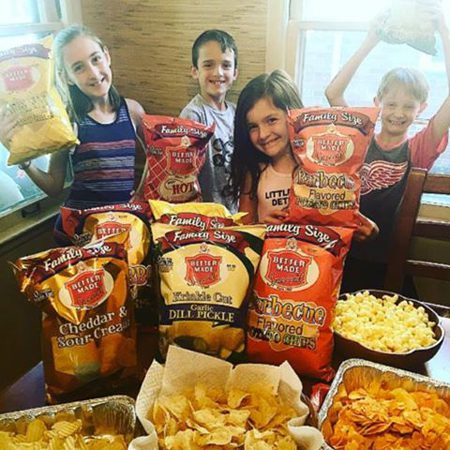 The video series entitled “Life Better Made” kicked off recently with a short film by Detroit film producer Herman Jenkins of Flysho Films to bring the concept to life. Better Made representatives said they were impressed that Jenkins came up with the concept on his own and produced six original films to create the campaign. The company is excited about the partnership and where the program will go as customers start to submit their own stories.

The video now featured tells the story of a Metro Detroit baseball team and its hard work, struggle and dedication to the sport. Their sweat and tears are balanced by the joy of the game – and the Better Made Original chips in its iconic yellow-and-red bag are a big part of that.

“The videos we currently have at our site show how people are living Life Better Made, and now it’s your turn,” Winkelman said. “We’re looking forward to seeing the videos and photos that our loyal customers submit. And the good thing is, they don’t have to be professionally produced. Just show us how you enjoy life with Better Made.”

Better Made’s story is reflective of the story of Detroit – a small place that started with immigrants and grew into a thriving enterprise. Better Made was founded in 1930 by two Sicilian friends – Cross Moceri and Pete Cipriano. Moceri was a salesman working for another chip company (Best Maid turned New Era) when he decided he wanted to start his own company, as the story goes.

Cipriano joined his friend at the company; he formerly was a milkman, delivering fresh products to households across the city. Together, the two grew the company to include a variety of chip flavors, including the legendary Sour Cream and Onion as well as the beloved Barbecue.

The Cipriano family now runs the company along with Winkelman and his team of marketing, snack and sales experts. A third and fourth generation of family members work there at the factory in Detroit along Woodward Avenue. All of the chips, popcorn and potato sticks are produced there, and you can see the products being made from the iconic front windows.

(Full disclosure: I wrote a book about the company and its history called “Better Made in Michigan: The Salty Story of Detroit’s Best Chip,” published in August 2015 by The History Press. And, yes, Better Made is my favorite chip.)