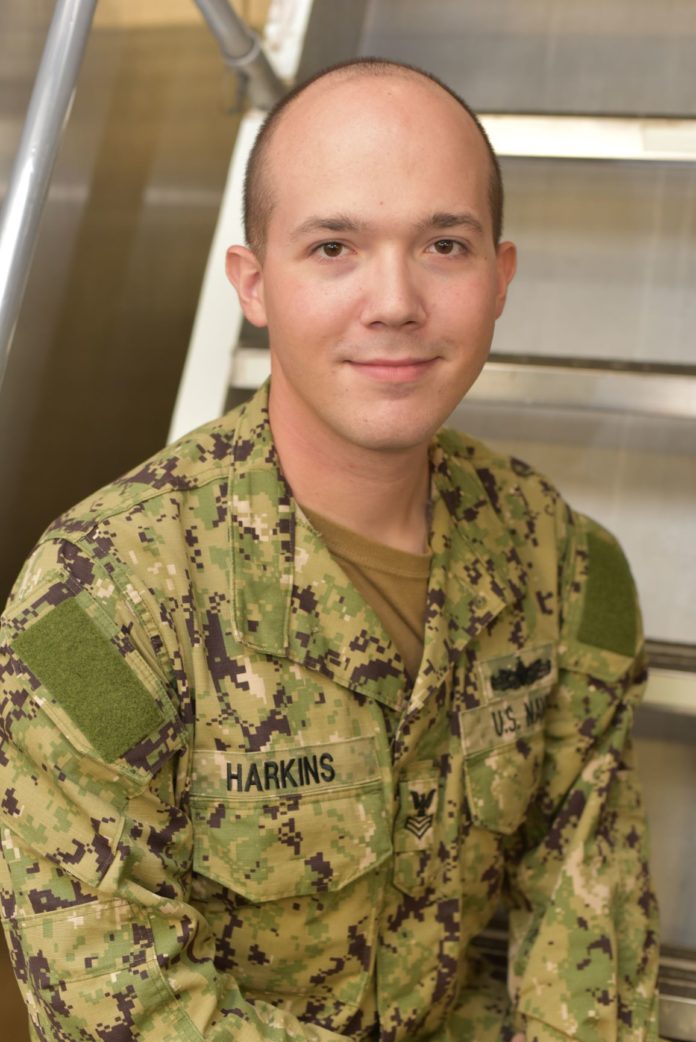 A 2009 Cousino High School graduate and Warren, Michigan, native is providing a critical maintenance capability to the U.S. Navy’s submarine force in the Pacific as part of a hybrid crew of sailors and civilian mariners working aboard the expeditionary submarine tender, USS Frank Cable. Petty Officer 1st Class Derek Harkins is a mass communication specialist aboard the Guam-based submarine tender, one of only two such ships in the U.S. Navy. The Frank Cable and its crew provides maintenance and resupply capabilities both in port and at sea.