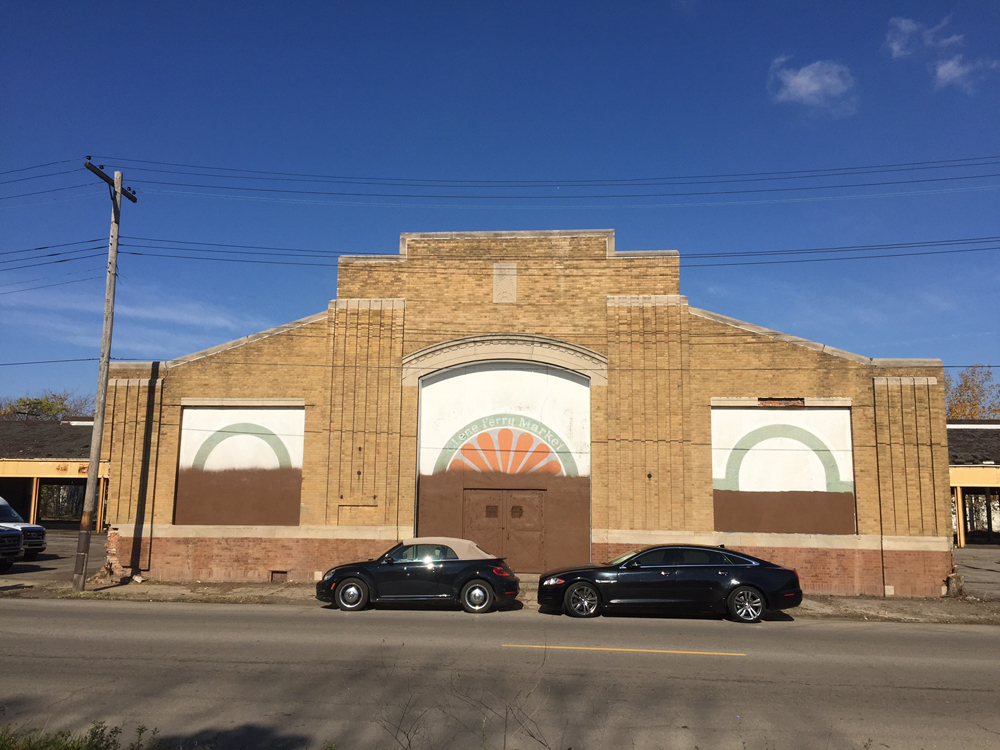 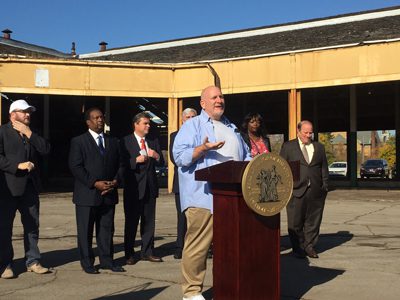 Detroit’s revitalization comes as a result of many partnerships between public entities like the city and private enterprises. So when you see a public-private relationship blossom like it will at RecoveryPark, you have to sit up and take notice.

On Oct. 26, Mayor Mike Duggan, local representatives including Councilwoman Mary Sheffield and RecoveryPark CEO Gary Wozniak announced the city will work with the non-profit organization to turn a 22-block  area on the city’s lower east side into a center where urban agriculture will thrive.

The project, which covers a total of 60 acres, includes a 35-acre parcel of city-owned land that RecoveryPark will use as part of its huge expansion. The new RecoveryPark urban-ag enterprise is bordered by I-94 on the north, Chene Street to the east, St. Aubin Street to the West and Forest Avenue to the South. 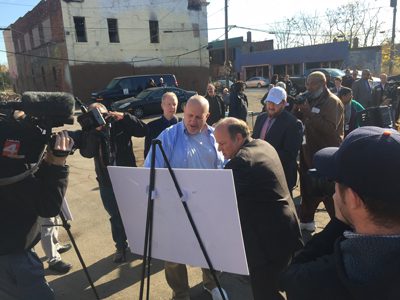 “(RecoveryPark) will transform property and transform lives,” Mayor Mike Duggan told the small crowd of media, neighbors, city leaders and Wozniak’s mom. “This is the kind of partnership we will see more of in Detroit.”

With Monday’s public-private partnership announcement, things will move quickly, Wozniak said. Starting this January, RecoveryPark will take a selection of people with barriers to employment such as incarcerations or addiction recovery and begin training them to work at this project. They will become farmers for the most part, working for the for-profit RecoveryPark Farms, which creates specialty product for area restaurants such as The Root, Stockyard Detroit and Republic. By March or April, you’ll start to see “hoop houses” or greenhouses going up to grow produce. Big, luscious salad greens. Meaty striped carrots. Amazing radishes. Delicate edible flowers. All going to the already established 15 high-end restaurant clients that Wozniak sells to as a wholesaler. More hoop houses will join each year.

All in all, it is a $15 million project that will take five years to build. Wozniak says he has about $1 million of that funding in place; he and the RecoveryPark board are in talks with partners and others to secure the rest. The final project is expected to employ 128 individuals within three years; 60 percent of whom will be Detroit residents and part of RecoveryPark’s mission to hire ex-offenders, veterans and recovering addicts. 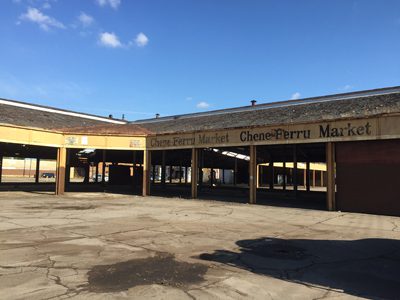 Also on the table is the revitalization of a nearby office space for RecoveryPark’s headquarters, moving from Waterford to Detroit. But even more exciting is the possibility of stabilizing and then perhaps using the old Chene-Ferry Market – an amazing farmers’ market structure that now sits empty – into a going enterprise again. That will come after the first year at best. But seeing this struggling structure tugged at the heart of everyone on site for the press conference Monday; getting a piece of Detroit’s history up and running again would be a massive improvement and serve as a beacon for people of all kinds to visit this neighborhood.

Wozniak told the crowd he felt more excited than a kid on his first trip to Boblo at the Monday event. As a former addict himself, Wozniak is dedicated to showing the world that someone who had a problem isn’t a problem. They’re Everyman – they’re us. They get just as excited when they see their plants blossom and thrive as everyone else. And that is why RecoveryPark is such an important asset to Detroit – then and now. Then, it was just a simple dream two friends dreamed up in a Detroit basement; a way to use vacant land to create jobs. Now, it is the city’s chance to change both the Mt. Elliott/Chene neighborhood and show how jobs can be created within Detroit. 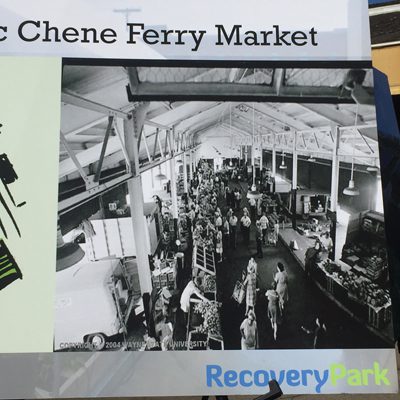 “I’m a recovering addict. I’m a returning citizen. This is my chance to give back,” Wozniak said. “You should see the way a guy (working for RecoveryPark Farms) jumps up and down with excitement when they see their tomato plants growing. You should see their self-worth skyrocket. … Tomatoes don’t care if you can read or write. They don’t care if you’ve been in prison. It’s about growth.”