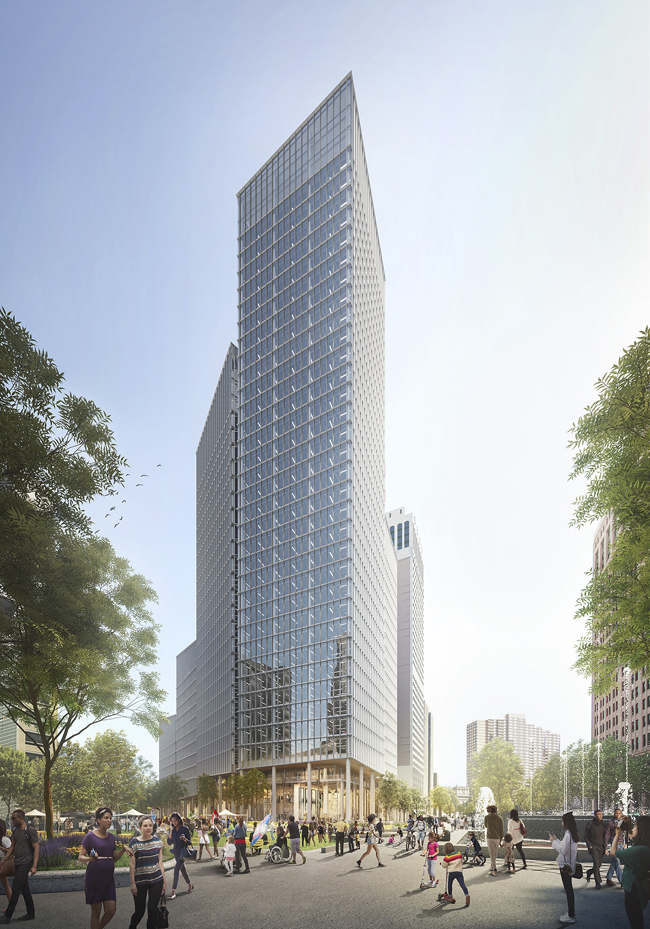 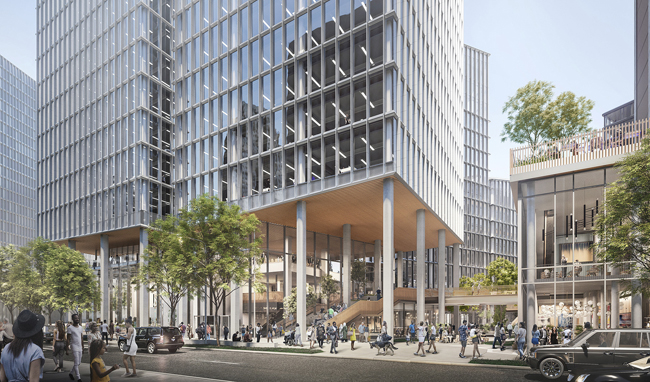 December has been a banner month for Detroit development – its neighborhoods got a $35 million investment from seven companies, and Bedrock broke ground on its 1.4 million square-foot Monroe Blocks project situated on two city blocks at the corner of Monroe Street and Campus Martius in Downtown Detroit.

Project plans include the first high-rise office tower to be built downtown in a generation, as well as more than an acre of open space, nearly equivalent to the size of the adjacent Campus Martius Park.

“Monroe Blocks will serve a purpose much larger than just providing much needed office and residential space to downtown Detroit. It will be a magnet for excitement and activity on a previously dense and vibrant site that has been underutilized for decades,” Dan Gilbert, Chairman of Bedrock, said in a written statement.

“The world’s most innovative professionals and companies demand an environment that inspires and has a positive impact on the surrounding area,” Gilbert said. “Monroe Blocks places ample open space and cutting-edge technology at the literal center of the city, while offering a new landmark gathering place for Detroiters and visitors alike.”

The development is slated for completion in 2022, and will fill in the final missing piece surrounding Campus Martius Park where some of Detroit’s most well attended events take place, from tree lighting and ice skating to dining and outdoor concerts. Some of Detroit’s most iconic buildings also face the park, including the historic First National Building and the Chase Tower (also known as The Qube), designed by Albert Kahn. 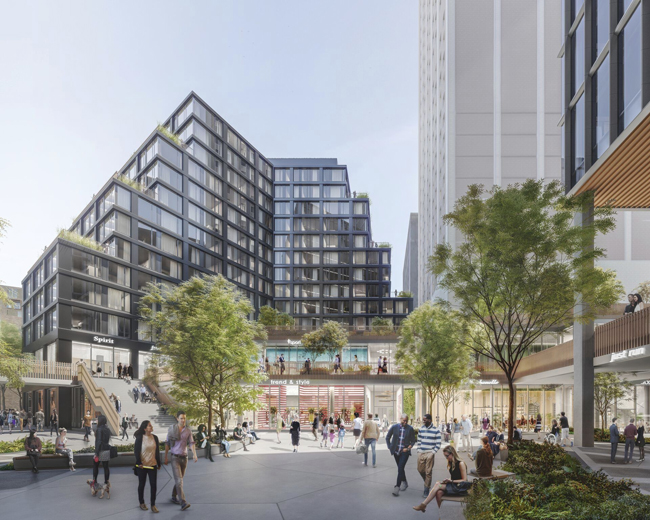 Office, Residential, Retail and Open Space
The December groundbreaking took place on Monroe Blocks Block A, the block located at Campus Martius and Monroe Street. Block A represents roughly two-thirds of the project and will be anchored by a 35-story glass and terra cotta office tower offering a combination of large floor plates, tall ceiling heights and access to sunlight currently unprecedented in Detroit.

The structure is designed to be Detroit’s first WELL Certified building, placing emphasis on health and well-being through dozens of criteria related to light, air, water, fitness, nourishment and more. Sustainability is a priority throughout [Monroe Blocks], with the buildings on Block A seeking LEED certification.

Block A will also contain a 17-story, 148-unit residential building and a total of 66,000 square feet of retail space designed to attract signature shops and restaurants.

Block B, located at Monroe and Randolph Streets, will be largely residential, and designs are still evolving.

The two blocks (Block A and Block B) are bisected by a stretch of Farmer Street that will be closed to vehicular traffic beginning December 17, 2018 and converted to pedestrian-only open space. The converted street complements a spacious courtyard at the center of the development for a total of more than an acre of open space at Monroe Blocks. 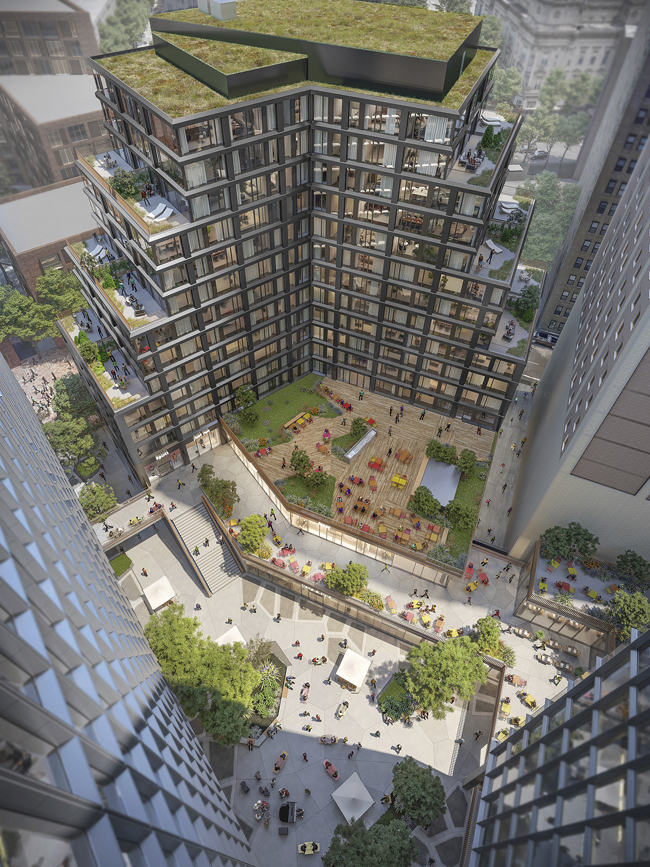 Workforce Development
In 2017 Bedrock announced four transformational projects that when complete will add more than 3.4 million square feet of office, residential, retail and open space to Detroit’s Central Business District. Together, these projects represent $2.1 billion in investment and will create up to 24,000 construction and permanent jobs.

Monroe Blocks is one of the largest among the transformational developments, which also include the Hudson’s Site project, the restoration of the historic Book Building and Tower, and a 310,000 square-foot addition to One Campus Martius. Turner Construction Company, in its capacity as General Contractor for the project, predicts that Monroe Blocks alone require a total of over 11,000 construction professionals to complete.

Site History
The two blocks along Monroe Street that make up the development were known historically as Detroit’s first theater district, lined with Italianate stone and brick buildings built between 1852 and 1911. The site was razed in 1990 with the exception of the National Theater, which was designed by prolific Detroit architect Albert Kahn and opened as a vaudeville house in 1911.

The theater hosted a series of acts after vaudeville went out of fashion, including motion pictures and burlesque. After finally closing in the 1970s, the theater remained vacant and open to the elements for over 40 years. During that time the structure incurred extensive and irreparable damage.

Bedrock is committed to retaining the façade of the historic National Theatre, and incorporating the magnificent terracotta archway into the development. The façade will be carefully disassembled, cataloged, and relocated to span a pedestrian walkway that will bisect Monroe Blocks. The walkway, which is currently a stretch of Farmer Street, will be closed to vehicular traffic and be a part of the development’s open space totaling over an acre.