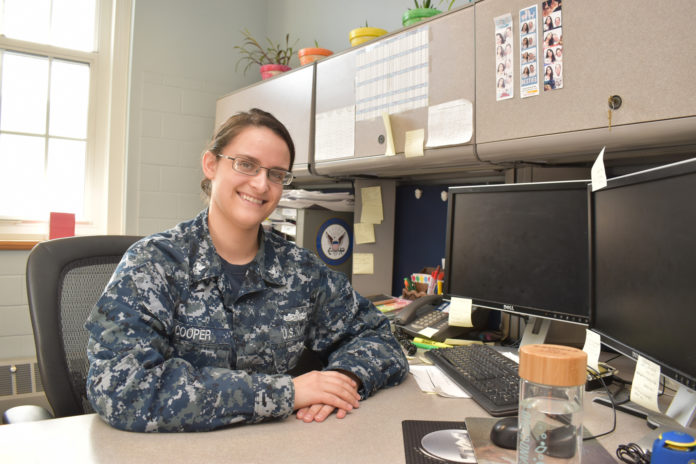 This is the story of how a young woman from Michigan would become a plank owner of a warship, an electrician, and a teacher of sailors.

Electronics Technician 2nd Class Chelsea Cooper was born and raised in Allen Park, Michigan, a stone’s throw from Detroit. Going to college, Cooper was originally studying to be a civil engineer but found that path unfulfilling and sought out something greater.

“I didn’t want my mom paying for classes I wasn’t fully focused on,” said Cooper. “My stepbrother and stepsister were in the Navy and that sounded interesting, so I joined the Navy to pay for my own college.”