Businesses, professionals and others who use sociall media to promote a brand often are unsure whether what they’re doing is effective.

Their usual ways of measuring success – such as how many leads or sales were generated – don’t really apply and that leaves them puzzled.

“Even people who are enthusiastic about social media aren’t always clear on what to expect,” says Jay York, senior social media strategist for EMSI Public Relations. “One problem, I think, is that people mistakenly focus too much on ‘likes’ and figure the more likes the better.”

York’s firm represents corporations and experts in a wide array of fields such as business, health, food, lifestyle, politics, finance, law, sports and entertainment. York, whose extensive experience in social media marketing dates back to the early days of MySpace and LiveJournal, helps EMSI clients make sense of the vast realm of digital marketing, from creative social media to overall marketing strategy. 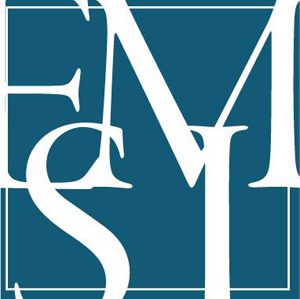 So just what are the best ways to calculate whether you’re setting and achieving realistic marketing goals on social media? Here are a few things York says you should expect from your efforts:

• Growth of followers. You definitely should see growth in your number of followers, but beware of trying to compare your growth to others. A company with a well-established brand is going to see growth more quickly than a company that hasn’t had much exposure. Follower growth is a long-term game so you shouldn’t get discouraged if it doesn’t happen as quickly as you had imagined.

• Quality and quantity of reach. To understand social media’s reach compared to other ways of getting your message out, York suggests you think of a billboard. You can pay to put your message on a billboard alongside a highway where passing motorists will see it. But are those people in your target audience? Some are, no doubt. Many aren’t. With social media, you can find the people interested in what you’re offering. You can also use social media’s analytic tools to gauge how far and wide your message is reaching.

• Engagement. The level of engagement on social media varies greatly. Some people just read or look at what everyone else is posting, but don’t post themselves. Others regularly post their own content, and they like and share what others post. Often they’ve attracted an enormous following. “Those are the people you want to go after,” York says. “Follow them and they may follow you in return. If they share one of your posts, then you’re reaching their large audience.”

• Traffic to your website. Whenever you’re interacting on social media, one of your goals should be to send traffic to your website, so be sure to include a link. How can you measure whether this is working, though? One way is Google analytics, which will tell you not only whether your website traffic has increased, but also let you know where that traffic came from.

• The immeasurable. Sometimes the impact of social media efforts can’t be measured. For example, if one person sees something a business posted on Twitter and mentions it to a friend, that friend might check out the company’s website. If asked how they heard about the business, that person will say it was through a friend – even though it was social media that got the connection started.

“There’s a science to managing a social media campaign,” York says. “If you want the best results, you can’t take a willy-nilly, anything goes approach. You’ve got to carefully determine the most effective ways of reaching your target audience, choose content that’s most likely to engage them, and monitor what’s working.”