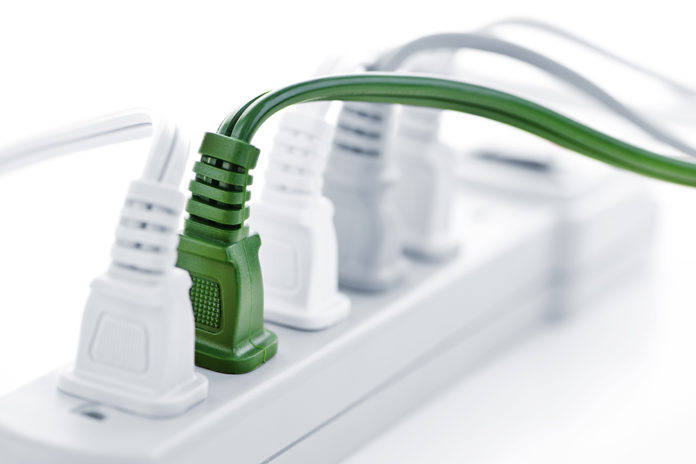 LANSING (Capital News Service) — Meetings at home, virtual classes, computers running, lights on, heat or air conditioning cranked up, it may feel like 2020 was the year of using more energy.

Shifts in energy demand were seen in states across the Great Lakes region:

The Great Lakes states averaged an increase in residential use of just over 2%, a drop in commercial use over 7% and a decline in industrial use of 11%.

But the data could still change, said Doug Gotham, the director of the Indiana State Utility Forecasting Group.

“My caveat from (the report) is they relied on (Energy Information Administration) 2020 data that’s still preliminary,” he said. “That data hasn’t been finalized yet and may be revised before (the agency) finalizes it. So take that with a grain of salt.”

From what he’s seen so far, Indiana is closer to the regional average of a 5% decrease in overall consumption, Gotham said.

But Indiana could be at a greater industrial decrease than the national average because they use more energy for industrial purposes than most of the county, and the economic shutdown during the pandemic hit that sector hard, he said.

Michigan residential energy use went up, especially during the stay-at-home orders. At the same time businesses shut down or reduced operations, causing industrial and commercial use to decrease, said Brian Wheeler, the media relations manager for Consumers Energy.

Consumers Energy provides electricity to 1.8 million customers across the Lower Peninsula. Its energy sales figures are similar to the percentage shifts in the report, he said.

That prompted the company to focus on reducing operating costs so it didn’t pass extra costs from any loss in revenue to consumers, Wheeler said.

“Because our sales were down, it was about looking to really trim our own expenses and manage our business even more effectively, so that we could reduce costs,” he said. “We don’t want to be in a situation where we are passing along any extra costs to people during the pandemic.”

Consumers’ customers didn’t get hit with rate increases due to the pandemic, but that wasn’t the case for all Michigan residents.

“With higher residential consumption we’ve seen higher residential bills over the last year. Things like assistance programs and energy waste reduction and energy efficiency programs become all the more important for folks that are working and learning from home,” said Dan Scripps, the chair of the Public Service Commission.

One assistance program offered by the commission and utility companies used relief funds to pay utility bills for struggling customers. Programs like that left many in a better position than before the pandemic, Scripps said.

“The total number of folks behind on their bills, and the total amount of unpaid bills, is actually down from where we were a year ago,” he said. “That’s surprising, but kind of a testament to some of the steps we’ve taken to make sure that folks are protected.”

The lasting impacts of those changes on utility providers and consumers are unknown until the commission sees what the new normal is and how many people return to work, Scripps said. But It’s unlikely to have any direct impact on energy generation or policy.

In the end, the true impact the pandemic had on energy consumption may never be known.

Gotham said, “The problem is it’s virtually impossible, five years from now, to know. Because you don’t know everything that would’ve happened if we wouldn’t have had a pandemic.”