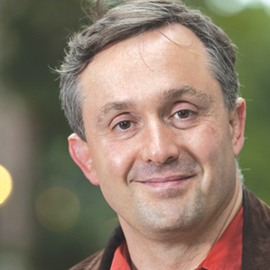 The names have been changed to protect the silly-¦

History teacher Norman Conquest had a very difficult student, Sasha Pandiaz. Sasha was constantly disruptive in class, driving Norman up the wall. Finally, Norman decided on a simple solution: when Sasha misbehaved, he would be sent out into the hall for five minutes. If he misbehaved three times, he spent the entire class sitting in the hall.

Inside of a week, Sasha was spending the entirety of each class in the hall. Sasha, it turns out, didn’t like the class. Although Norman thought he was punishing Sasha, apparently no one bothered to inform Sasha of that. As a result, Sasha was quite happy to miss each class; the long-term negative of a bad grade in the class was simply too far off and abstract to change Sasha’s behavior.

Fred was the VP of Engineering at Root-2 Systems. Fred had the habit of indicating his displeasure with engineers in his department by assigning them projects that were not particularly fun or interesting. At least, Fred didn’t find them particularly fun or interesting. Unfortunately, the engineers did. Rather than feeling punished, they thought they were being rewarded! As one engineer put it, “I thought Fred was ready to kill me, but then he gave me this really cool project.”

Thus, for example, instead of realizing that Fred was punishing them for blowing off a meeting, engineers believed he was rewarding them for skipping a meeting that they thought would be a waste of time. As a result, they kept repeating the behaviors that were infuriating Fred. By the time he figured out what was going on, Fred was bald.

At Mandragora Systems, Joe took over a key product team. He regularly exhorted his employees to work together: “We’re a team!” Joe cried loudly and often. But when it came time to evaluate performance, the song was a bit different:

“What were you doing with your time?”

“I was helping Bob.”

“If you’d finished your work, why didn’t you come to me for more?”

“Then why were you helping Bob?”

“It was something I could do quickly and would have taken him all night.”

“If Bob can’t do his job, that’s his problem. Worry about your own work.”

Astute employees soon realized that the key to a good review was to focus on their own work and devil take the hindmost. While Joe won points with his boss for his aggressive, no-nonsense style, and for his success in identifying weak players and eliminating them, something rather unexpected occurred: team performance declined on his watch. Instead of a team working together and combining their strengths, he ended up with a group of individuals out for themselves and exploiting one another’s weaknesses. The fact that this was damaging to the company in the long-run didn’t really matter as it was very definitely beneficial to the employees in the short-run.

There are several lessons to be drawn from these experiences.

First, it doesn’t matter whether you think you’re rewarding or punishing someone. What matters is what they think. If they think they’re being rewarded, they will naturally attempt to continue to get those rewards. If that means you lose your hair, so be it. If, on the other hand, they think they’re being punished, or at least not rewarded for their efforts, they will change their behavior no matter what you might say. Your actions really do speak louder than your words.

Third, if you want a strong team, you must reward team-oriented behaviors. If you only reward individualism, you’ll get a collection of individuals. For some jobs, that really is all you need. For many other jobs, though, it’s virtually impossible to succeed without a team.

In the end, people will do whatever they hear you telling them to do. It pays to make sure that what they are hearing is what you think you are saying.

Stephen Balzac is an expert on leadership and organizational development. A consultant, author, and professional speaker, he is president of 7 Steps Ahead, an organizational development firm focused on helping businesses get unstuck. Steve is the author of “The 36-Hour Course in Organizational Development,” published by McGraw-Hill, and a contributing author to volume one of “Ethics and Game Design: Teaching Values Through Play.” For more information, or to sign up for Steve’s monthly newsletter, visit www.7stepsahead.com.