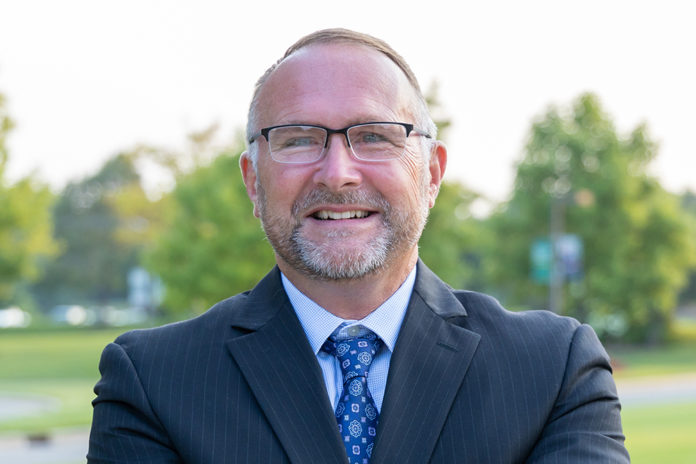 Lige, 51, currently serves as Deputy Chief of Police/Assistant Director of Emergency Management at Washtenaw Community College, a position he has held since April 2018. From 1997 to 2018 he was a member of the Ann Arbor Police Department, starting as patrol officer and rising to Commander of the Investigative Division and Administrative Division as Lieutenant. From 1994 to 1997 he was a patrol officer with the Ypsilanti Police Department.

He was selected after a national search yielded five finalists, each of whom came to campus for a day of interviews, including a public forum. The appointment, which is effective August 23, 2021, is subject to approval by the Board of Regents.

“We are excited to welcome Chief Lige to the Eastern Michigan University community,” said University President James Smith. “Chief Lige’s commitment to a community-oriented approach to policing and to serving our students, faculty and staff was evident throughout the interview process. At the same time, he understands the deep challenges in trust and accountability that face police officers and departments locally and nationwide, and the importance of building positive collaborations and relationships across campus.

“I’m humbled to have been selected to lead the public safety team at EMU,” said Lige. “I’m aware of the challenging relationship between law enforcement and the communities they serve across our nation. I have a strong commitment to the principles of accountability, transparency and legitimacy in the delivery of safety services to all students, faculty, staff and visitors. I look forward to working with the talented men and women of the Eastern Michigan University Department of Public Safety.”

Lige will lead a department of public safety with a staff of more than 50, including 30 sworn officers, that focuses on community policing with regular and direct interaction with students, faculty and staff by foot patrols, bike and motor vehicle. University investments in the department include a new police headquarters building that opened in September 2009, body-worn cameras for all of its officers, de-escalation training and a special victims unit with trained officers.

Upgrades in technology that support a safe campus environment include a mass text and email alert system that provides immediate notification of students, faculty and staff of major issues or weather-related closings, more than 1,000 cameras across campus, an outdoor-indoor emergency loudspeaker system, and electronic ID card locks on residence hall doors.

Lige will report directly to President Smith as a member of the University’s Executive Council, as does Chief Heighes. This structure ensures that information about safety or criminal activity on campus is communicated directly with the president and others on Eastern’s leadership team.

He is an Eastern alumnus, graduating with a Bachelor of Arts in Public Administration. He also attended Police Chief Executive School at Michigan State University, and participated in Eastern Michigan University’s Staff and Command Program.

The public safety career of Chief Heighes spans 45 years, serving as a deputy sheriff in Baraga County, Michigan from 1977 to 1984, before joining the Eastern Michigan University Department of Public Safety for the last 38 years. He started as a patrol officer and then served in ranks with additional responsibilities prior to being named chief in April 2012 following a national search.

“My sincere gratitude and appreciation to Chief Heighes,” said EMU President Smith. “Words don’t come close to capturing what he has meant to me and to the Eastern Michigan University community. He has set an outstanding example of what public safety leadership and engagement should strive to be. I wish him peace, happiness and good health in his retirement.”