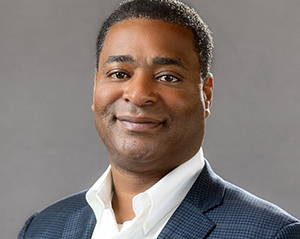 Purty returns to GM from Amazon, where for the past 18 months he was vice president, North America Fulfilment, Amazon Robotics Sortable Operations. Purty spent the first 25 years of his professional career with GM, beginning in 1994 at GM’s former Pontiac Assembly.

“We are pleased to welcome Marcos back to General Motors,” said Barra. “Marcos’ global experience across our manufacturing operations, engineering and launch teams, as well as his external experience, position him well to continue the company’s safety transformation.

“We thank Jim for his dedication, his credibility as a leader and his genuine passion for people to lead the change to create an enterprise-wide safety culture. Our safety culture would not be what it is today if it were not for Jim’s experience and leadership, and for that we are forever grateful.”

Purty built a strong leadership foundation in both operations and engineering. His extensive global experience began in 2002 with an international assignment at Oshawa Assembly in Canada.  After he returned to the U.S. and excelled in leadership roles at Pontiac Assembly and Fort Wayne Assembly, Purty embarked on a series of international assignments in Australia, Indonesia and Thailand where his teams successfully executed strategic plans under his leadership. In 2016, Purty returned to the U.S. as plant executive director at Lansing Delta Township Assembly.

Purty has a bachelor’s degree in electrical engineering from Florida A&M University and an MBA from the University of Southern California.

“Marcos’ comprehensive and diverse global leadership experience at GM and Amazon will complement and help grow our strong safety culture,” said Johnson. “He is an accomplished, respected leader and we look forward to his perspective and impact on safety. I also want to commend Jim on a stellar career and thank him for his significant contributions to the company.”

In 2013, Glynn was appointed vice president, Labor Relations, leveraging his extensive background in manufacturing and his reputation for building strong relationships with GM’s union partners. In 2016, Glynn embarked on an international assignment in Singapore as vice president, GM International and China Manufacturing, where he had responsibility for plants located in China, Africa, India, South Korea, Thailand, Vietnam and Australia. In this role, he also was instrumental in facilitating the restructuring efforts across GM International manufacturing. Most recently, as vice president, Global Workplace Safety, Glynn capitalized on his decades of experience, his credibility as a leader and his genuine passion for people to lead the cultural change to create an enterprise-wide safety culture.