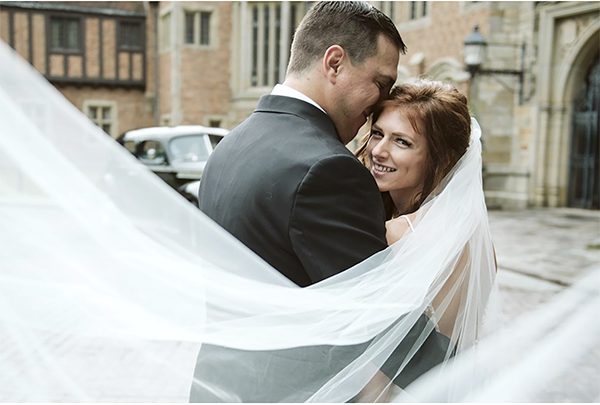 LANSING (Capital News Service) — “We’ve been in business for 37 years, and this is definitely the craziest season we have ever seen,” said Kevin Humphrey.

Humphrey is the office manager for Adeline Leigh Catering, a business in Wyoming that prepares food for hundreds of weddings each year.

Across the state, vendors like florists and caterers are preparing for a frantic 2022 season as the number of weddings is up 15% nationally from normal, according to Wedding Report data.

While there have been more requests to book Adeline Leigh’s services than in an average year, the company had to reduce the number of weddings booked this year to deal with worker shortages.

“We actually cut back to mediate labor issues,” said Humphrey.

Humphrey said the business is also ensuring employees’ time-off requests are honored to keep workers on board.

Adeline Leigh has booked approximately 300 weddings for the upcoming months, about 100 fewer than in 2019.

“There was a point where we were turning down 15 events a day, and not everyone was so understanding,” Humphrey said.

Kalin Sheick, the owner of Sweetwater Floral in Petoskey, said she expects a busier-than-normal season in the months ahead.

Sweetwater will provide floral arrangements for about 100 weddings this year across the state, which is an “immense jump” compared with previous years, said Sheick.

“We will usually average around 65 or 70 a year,” she said. “We only stopped at 100 because of staffing. We could have booked way more than that.”

Sheick said the store has hired additional staff to help tackle the increase, and it is training its employees to focus on taking care of themselves to prepare for the looming, long busy season.

“We know that we need extra help and need to support them as best as possible,” Sheick said.

Other problems vendors are preparing for are supply chain delays and a shortage of products.

“We’re feeling the impact of delay, just like every other industry,” she said. “Stuff that used to be easy to get – vases, hard goods and supplies – there’s a delay and you need to be patient.”

Over the course of the COVID-19 pandemic, many large flower farms shut down, causing a smaller supply of flowers, said Sheick.

“It really squeezes the amount of product you’re able to get. But at the end of the day, there’s a flower shortage because there’s more weddings happening than ever before,” she said.

When it comes to food, Humphrey said it was lucky that his catering business had to remove only a couple of items from its menu.

The time and effort put into ordering supplies has greatly increased as well. What used to be an hour-long project for Humphrey now can take up to an entire work day, he said.

“We order from many suppliers, and it used to be ‘they’ve got the best price, we’ll go there.’ Now you have to find whoever has it,” Humphrey said.

Another change vendors are seeing is a growing number of events booked outside of the prime wedding season of May through October.

“We have seen an increase in interest in off-season events throughout the fall and winter,”O’Berski said. “And more couples are choosing to host Friday and Sunday weddings.”

Meadow Brook Hall is often booked for the entire season.

“We are certainly receiving many inquiries!,” O’Berski said, and reservations are already filling up for 2023.

Though the months ahead will be busy and stressful for wedding vendors, Sheick said her team at Sweetwater Floral is excited about the upcoming season.

“It’s just a really fun job and a good thing to be a part of.”