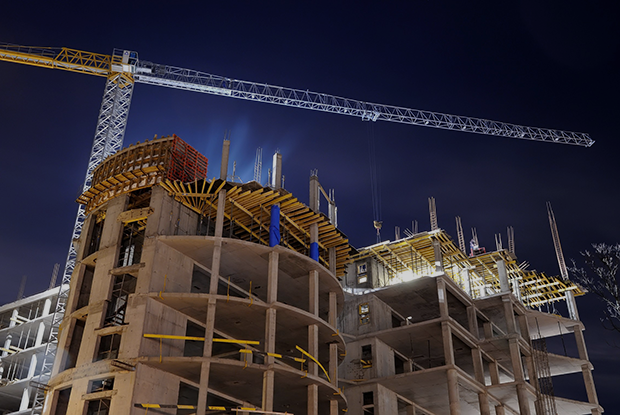 Total U.S. housing starts increased by 3.9 percent in August as multifamily starts jumped. Multifamily housing starts increased by 20.6 percent for the month, to a 539,000 unit annual rate. This is the strongest rate for multifamily starts since January 2020. The series is always volatile but it is beginning to look like we have an uptrend in multifamily construction that began last spring. The series is still rangebound since early 2015. Strong demand and rent gains are motivating builders to add units.

Surging prices for single-family homes are pushing demand back to rental properties. The uncertainty around evictions moratoria may still be a limiting factor for some new multifamily projects. However, as conditions normalize in the rental market, we expect multifamily construction to increase.

Market Reaction: Stock indexes opened with gains. The yield on 10-year Treasury bonds is up to 1.31 percent. NYMEX crude oil is up to $70.56/barrel. Natural gas futures are down to $4.88/mmbtu.