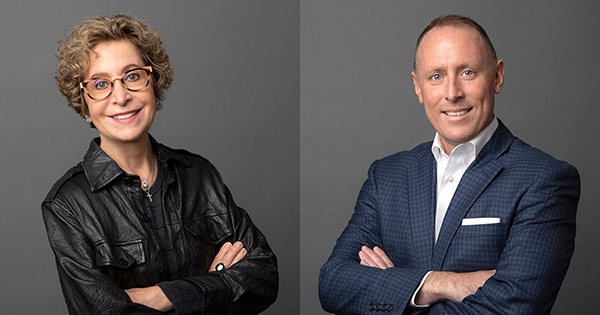 Vallee-Smith remains with the firm as chairperson and will continue to be involved with the business, its staff, and its clients. Over the course of the next several years, Donovan will assume ownership of the business. Details of the impending purchase are not disclosed.

Donovan has been with Airfoil for more than 15 years. He most recently served as president of Airfoil Communications. Donovan’s CEO duties will include day-to-day management of the agency’s professional operations, including oversight of the firm’s four practice areas and directing Airfoil’s strategic planning, client services and satisfaction, agency growth, and staff development initiatives.

“I’ve decided that after 21 years, the company is ready to move on from its founder,” said Vallee-Smith, 62, whose professional career spans 35-plus years. “Keith has been my choice to succeed me for some time. In working with him over many transformational years at Airfoil, I have developed a deep trust in his ability to manage, execute, and lead. He and I share a passion for the marketing profession, and I’m confident he will take the firm in new and exciting directions in the years ahead. I couldn’t be happier for Keith and his family, and for Airfoil’s staff and clients.”

In her role as chairperson, Vallee-Smith will continue to steer business development efforts, pursue strategic partnerships, and help diversify the firm’s service offerings in digital marketing, including performance marketing, lead generation, and user experience design. In addition, she will remain involved with the firm’s community and industry relations efforts — namely Airfoil’s Annual Week of Caring, which is an agency-wide, all-hands commitment to doing good in the community.

Donovan will continue to unify the agency’s digital marketing services with its traditional public relations offerings, an effort that began three years ago with the founding of Airfoil Digital. That business and its staff have been folded into the Airfoil Group business under Donovan’s leadership.

“I’m honored to carry on the remarkable legacy Lisa has built and to lead Airfoil into an exciting new chapter,” said Donovan, 46. “Lisa and I have long shared a common vision for the business. She has been a tremendous friend and mentor to me over the years, and I’m grateful for this next opportunity. We’ve built a business grounded in strong values, teamwork, and exceptional execution. That foundation will certainly guide our work going forward.”

Donovan began his career at Hedge & Company, Inc., in Detroit, a mid-sized public relations firm specializing in marketing communications for the automotive industry. He then spent a handful of years in Colorado gaining experience in the technology, healthcare, and tourism industries before returning to Southeast Michigan. Prior to joining Airfoil in 2006, Donovan held roles at Manning Selvage & Lee (now MSLGroup), supporting numerous brands and PR initiatives within General Motors.

Vallee-Smith began her career in the non-profit sector and has worked with marketing firms in Detroit and New York. She founded Airfoil in 2000, at the height of the dot-com boom, as Michigan’s first agency dedicated to the needs of early-stage technology businesses. Vallee-Smith has been recognized for her work and contributions by Wayne State University, Ernst & Young, and the Public Relations Society of America Detroit Chapter, which recently honored her with a Hall of Fame award.