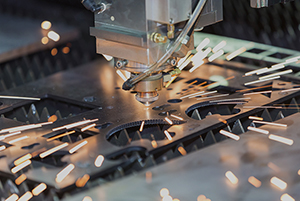 • The manufacturing side of the economy weakened markedly in June.
• Demand for consumer goods and other manufactured products is falling after a boom during the K-shaped recovery of 2020 and 2021.
• Inflation is weighing on sentiment and restraining consumer spending, especially on goods.
• Consumers with spare spending power are using those dollars to dine out, go on vacation, and take in other experiential services, not buy more goods.
• U.S. real GDP may have contracted for two consecutive quarters in the first half of 2022. But unless the U.S. starts to see meaningful net job losses, this period looks more like a slump than an outright recession.

Manufacturing is slowing faster than economists anticipated. The ISM manufacturing PMI fell to 53.0 in June from 56.1 in May, and undershot the consensus forecast of 54.5. June’s release was the weakest in two years. The employment sub-index fell to 47.3 from 49.6, indicating survey respondents shed employees on net over the last two months. The new orders sub-index dropped to 49.5 from 55.1 and was the weakest since May 2020. The S&P manufacturing PMI also weakened in June, to 52.7 from 57.0, and indicated the most subdued manufacturing conditions since July 2020.

The ISM survey also shows that inflationary pressures are cooling. The prices paid sub-index fell to 78.5 from 82.2; the index’s level is back where it was in the spring of 2018, when CPI inflation was running a little under 3%. CPI inflation was at a 40-year high in May, at 8.6% in year-over-year terms, but the ISM survey—along with drops in commodity futures prices for energy, foodstuffs, and metals—suggests that inflation peaked in May.

The manufacturing PMI shows the goods side of the U.S. economy to be slowing sharply. Demand for goods surged in 2020 and 2021 as Americans hunkered down at home, but that trend is fast reversing. High food and gas prices have middle- and lower-income Americans cutting back on spending on electronics, furniture, appliances, clothing, and other discretionary goods. Upper-income households aren’t riding to the rescue either.

Americans who still have extra savings tucked away over the last two years are more inclined to spend it on vacations, dining out, or entertainment than on goods. The May personal income and expenditures report showed that consumers’ inflation-adjusted purchases of durable goods fell 3.1% from April, and real nondurable goods purchases fell 0.6%. Real services spending rose 0.3%, but that doesn’t help demand for manufactured products.

Business-to-business sales of goods are slowing, too. Businesses frantically added to inventories in late 2021 as delivery delays worsened ahead of the holiday shopping season, and kept building them in the first quarter. But now that end-demand is weakening and prices are painfully high, businesses are becoming more selective about incremental additions to inventory.

The 2020-to-2021 period was often called a K-shaped recovery, as the goods side of the economy boomed while the services side languished. That’s reversing now. The parts of the economy that went on a bender last year, supported by a flood of stimulus cash and distortions in consumer preferences, are suffering through a K-shaped hangover now as those temporary drivers of demand dissipate.

As those sectors correct down to trend, it’s looking increasingly likely that U.S. real GDP contracted in the second quarter of 2022. There are several closely watched nowcasts of real GDP: The Federal Reserve Bank of Atlanta’s GDPNow forecasts a 1.0% annualized contraction in the second quarter.

Since real GDP contracted at a 1.6% annualized pace in the first quarter, the economy may have just come through two consecutive quarters of falling real GDP—a drop which is very unusual outside of a recession.

But this is a very unusual economy—and is missing one essential component of a recession, job losses. In fact job growth has been excellent so far in 2022, with nearly half a million jobs added per month through May, and likely around 175,000 in June (the monthly jobs report will be released July 8).

The formal definition of a recession includes declines across a range of economic indicators including sales, employment, incomes, and production. The first half of 2022 probably saw declines in real sales (GDP measured by expenditures) and incomes (inflation outpaced nominal wage growth and stimulus programs ended). Some industries are cutting headcount, including tech, retail, mortgage finance, and judging from the ISM survey, manufacturing too.

But with labor demand still near a record high, workers who are losing jobs this year are finding new ones much faster than in a typical downturn. That is preventing the vicious cycle of recession taking hold—one in which job losses fuel income losses, which causes consumers to spend less, and business to cut headcount further. Without that, this is probably “just” a slump. But the economy’s forward momentum is quite weak, so odds are only a little better than 50-50 that it muddles through the next year and a half without slipping into outright recession.

Expectations for the Fed to rapidly tighten interest rates spiked around the Fed’s mid-June monetary policy decision, when financial markets priced the federal funds rate rising to over 3.5% by December and over 4% by mid-2023. But after the release of weaker-than-expected spending and survey data at the turn of the month, those rate hike expectations have scaled back, and markets price in the Fed raising its benchmark rate “only” another 1.75 percentage points through year-end, to a range of 3.25%-to-3.50%. This matches Comerica’s current interest rate forecast.