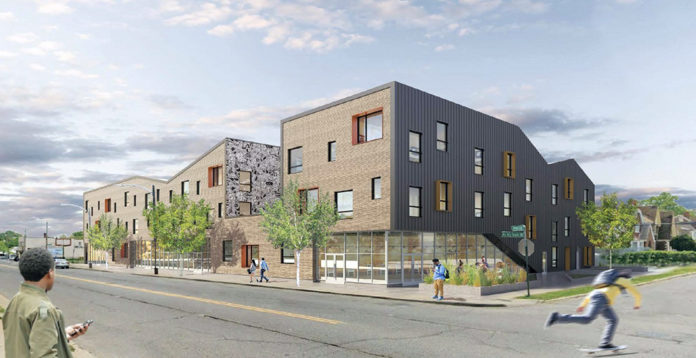 LANSING – Projects that will support growth and economic recovery in Detroit and Traverse City have received support from the Michigan Strategic Fund, the Michigan Economic Development Corporation announced.

The projects are expected to generate a total capital investment of $35.7 million, bringing new vitality and much-needed housing to critical neighborhoods in those communities.

MSF also approved rules for the new State Historic Tax Program – initiating the administrative rulemaking process, which will include public input. When finalized, these credits will help support place-based projects while promoting the preservation of Michigan’s historic resources in communities throughout every county of the state.

7303 West McNichols LLC will result in a new mixed-use building located between Prairie and Monica Streets in the Bagley Fitzgerald neighborhood of Detroit, consisting of commercial space on the first floor and 38 affordable residential units on the top two floors, with a shared outdoor roof deck that will be available to all residents. The project will include sidewalk improvements along McNichols Rd with plans to demolish three vacant structures currently on the site.

The project is expected to generate a total capital investment of $10.4 million and create 25 full-time equivalent jobs, resulting in a $1.25 million Michigan Community Revitalization Program performance-based loan. The project will transform unused, contaminated space into a vibrant building that will contribute to the walkability, vitality, and density in the area.

In addition, the pedestrian-friendly storefronts which will be targeting local entrepreneurs and neighborhood retailers, with a portion to be designated for a potential pop-up shop, are expected to bring increased economic activity to the neighborhood with an emphasis on creating spaces for entrepreneurial growth.

“As a development team, our interest is to bring affordable housing and innovative design which has all the attributes of market-rate offerings. The Bagley and Fitzgerald communities have a strong foundation and our project will only enhance its strength and be an anchor institution like the Marygrove Conservancy the University of Detroit Mercy and their students from all over the world,” said 7303 West McNichols LLC partner George N’Namdi. “This project will be complemented by 6,000 square feet of retail offerings for the community. As with many projects in Detroit, our project would not be possible without the support of our state, local and philanthropic partners, like MEDC.”

GLC Northern Michigan Pine, LLC plans to construct a four-story, mixed-use development in Traverse City that will consist of up to 91 units of mixed-income residential rental housing and underground parking, with commercial space on the first floor. Located at 309 W. Front St. in downtown, the project will also include more than 3,000 feet of new public boardwalk along the Boardman River that will provide a visual as well as public connection to the existing waterfront access along the river.

The project is expected to generate a total capital investment of $25.3 million and create 24 full-time equivalent jobs, resulting in a $2.9 million MCRP loan participation. The project will bring to life a long-vacant piece of property in Traverse City, serving as a cornerstone to West Front St. and providing a much-needed housing option in downtown to both retain and attract talent. The project will also further enhance a sense of place in Traverse City, and by bringing new residents to the downtown, will support existing businesses and drive new economic activity in the area.

Traverse City is supporting the project with approval of the local portion of an existing brownfield work plan valued at $243,700 and a Downtown Development Authority contribution of $3.5 million to support the creation of public sidewalk systems, streetscape, front street bridge repair, buried power lines and the long-term creation of a new public parking deck. The city of Traverse City is certified with MEDC’s RRC program.