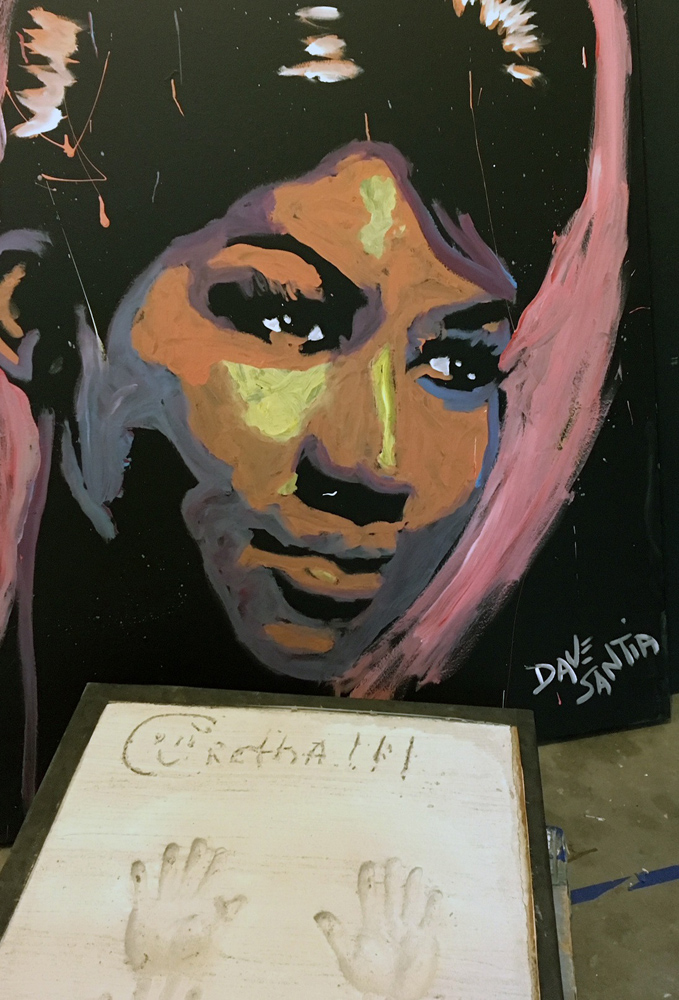 She was the Queen of Soul but to Michigan residents of all ages, Aretha Franklin also was the woman they saw at local restaurants, bars and music venues throughout her life.

That is why Detroit is working hard to create a tribute to Franklin in the wake of her recent death. Museums including the Charles H. Wright Museum of African American History, the Detroit Institute of Arts and the Detroit Historical Museum are putting together tributes this week and beyond as part of her funeral and continuing legacy.

For example, the Detroit Historical Museum will help share her inspiring story with the public in a small tribute display next week in the Kid Rock Music Lab.

Visitors will be able to learn about Franklin’s central place in Detroit’s music history and view items from the Detroit Historical Society collection, including albums, costumes and artwork. The display will also include Franklin’s handprints, which were cast in cement for the museum’s Legends Plaza last summer. A more comprehensive exhibition exploring Franklin’s life and legacy is set to open in mid-October.

The Detroit Historical Museum is located only a few blocks from the Charles H. Wright Museum of African American History, where Franklin’s public viewing will take place. Admission is free. The Kid Rock Music Lab is an interactive, participatory space that explores the rich legacy of Detroit’s music from Gospel to Motown and all things in between.

Group tour pricing and information is available by calling 313.833.7979. Permanent exhibits include the famous Streets of Old Detroit, the Allesee Gallery of Culture, Kid Rock Music Lab, Doorway to Freedom: Detroit and the Underground Railroad, Detroit: The “Arsenal of Democracy,” the Gallery of Innovation, Frontiers to Factories, America’s Motor City, and The Glancy Trains.