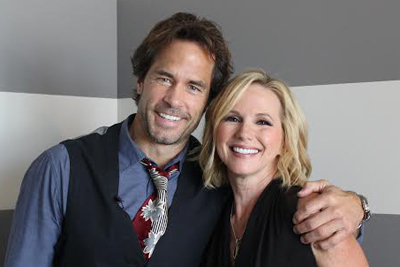 Marketing, branding, public relations – these things are essential to a business getting the attention it needs to grow. But what about a state?

That is why Lisa Diggs and her latest project are making waves. Michigan Positivity (#MIpositivity for you taggers out there) is what she describes as the “long overdue offshoot of the Buy Michigan Now campaign.” It’s the kind of campaign that takes stuff we’re already doing – Tweeting, updating our Facebook status or posting heavily tinted photos on Instagram – and making it all about our Great Mitten State.

“We’re trying to use social media to get more people to share all of the great assets of this state and of Detroit, without every other story starting with a burnt-out building or unemployment statistic,” Diggs said, who described it as aiming “to bolster the image of Michigan and its cities on a local, national, and global level.”

So who is going to participate in this positivity challenge? Lots of people, it turns out. Diggs left the state to get a few ex-pats involved. Some very fun ex-pats, it turns out.

“Last September we went out to LA and got 10 celebs who were from Michigan to sit down and share what they love about the state and how it shaped them. We’re editing the videos and intend to begin releasing them soon,” Diggs said. “Eventually we’ll add more as well as entrepreneurs, athletes, activists, students. …  We’ve barely launched and have our first success story. Days of Our Lives star Shawn Christian and his co-star Ari Zucker are now going to bring their Arrow-Heart Adventure Camps to Detroit as a result of getting involved with our project.”

This isn’t Diggs first go-around with creating positive Michigan buzz. After all, you’ve got to be pretty positive when your self-description is “Writer, speaker, consultant, & founder of Buy Michigan Now. Passionate advocate for the Great Lakes State & small businesses. Be a catalyst for positive change!”

It also has an annual event for those who want to really get involved. Entering its sixth year in downtown Northville, the Buy Michigan Now Festival is a weekend celebration of the state’s annual Buy Michigan Week. This family-friendly event includes tasty treats, street vendors, live music, and children’s activities, all highlighting Michigan-based businesses and Michigan-made products. According to its very positive tagline, “Together we are revitalizing the economy, one product, one purchase, one person at a time.”