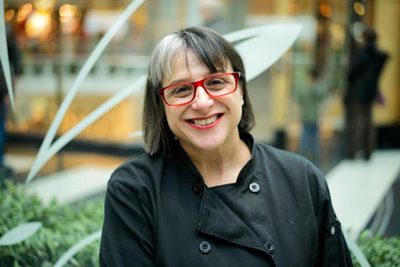 Everyone has a comfort food – the delicious dish that instantly makes you feel better and fills your stomach at the same time. And, most likely, macaroni and cheese is at the top of many lists for its warmth, flavor and texture.

Lorraine Platman has made a career out of her expertise in this satisfying dish. Platman is an award-winning chef and founder of Sweet Lorraine’s Café & Bar, a Metro Detroit mainstay. Then, she added Sweet Lorraine’s Fabulous Mac n’ Cheez!, expanding her macaroni and cheese empire.

Now, she has opened her third brand, Sweet Lorraine’s Fabulous Mac n’ Brewz! The new restaurant, at 4870 Cass Ave. in Midtown, will serve 15 of Platman’s signature macaroni and cheese dishes, the restaurant will also offer more than 30 Michigan-brewed craft beers, spirited infusions and wines by the glass. 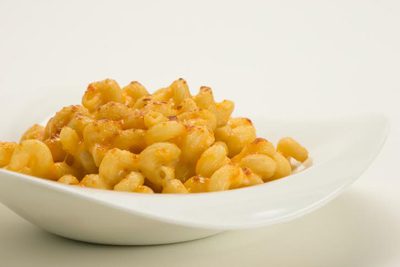 “Throughout my entire time as a chef, I’ve always been very animate about using locally made products,” said Platman. “Michigan is a hot bed for locally brewed craft beers, so when the opportunity presented itself to serve local beers with our signature mac and cheese, we instantly jumped at the opportunity.”

The first week of operation was inspirational, Platman said.

“The first days have been great and we are so excited to incorporate home-brewed craft beers that pair with our specialty macaroni and cheese dishes,” Platman said. “We actually had to close early due to the massive crowd that showed up – we ran out of our ingredients within just a few short hours.” 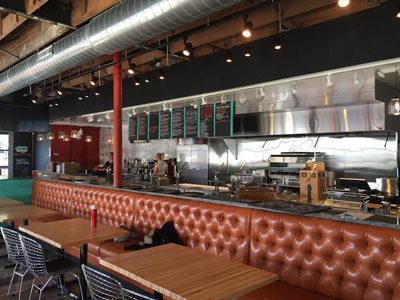 New additions to the menu also include Sweet Lorraine’s fair-trade organic “world beat” coffees and teas, breakfast wraps, and sweets and pastries. The restaurant features 88-seats that accommodate both lounge and bar patrons. Customers will have the option to dine-in or carry out in the space that features a bright color palette, exposed ductwork and walk-up counters.

Founded in 2010 and franchising since 2013, the Detroit-based restaurant chain offers vegetarian, vegan and gluten-free soups, salads, sandwich wraps, grilled cheese and 14 different kinds of meat-topped and vegetarian macaroni and cheese, all made fresh to order. There are currently six locations open and operating throughout Michigan with several more in various stages of development.

Sweet Lorraine’s plans to expand even further with the opening of its second Mac n’ Brewz location scheduled to open this March in Waterford. The mac and cheese concept has six locations open and operating throughout Michigan, and plans to open locations in Vernon Hills, Ill., and Toledo, Ohio this year.

“I’ve spent 30-plus years perfecting my recipes, so it should come as no surprise that our goal is to continue to offer our customers a high level of customization with the new flavors for their macaroni and cheese,” said Platman. “By offering local craft beers, breakfast, and delicious sweets, we want to give our customers an experience in quality and options that is far from the standard quick-service restaurant.”