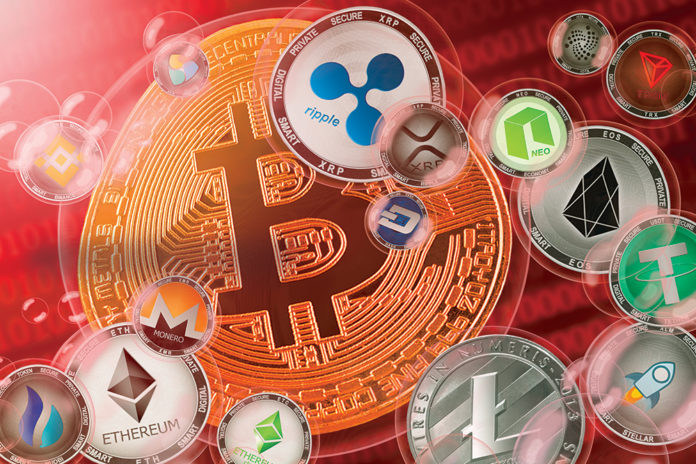 Elon Musk and Mark Cuban are heavily invested in it. Rapper Snoop Dogg is even on board. What is this elusive substance that can enrapture investors and entertainers alike?

With more than 6,700 forms of cryptocurrency — or crypto, as the pros call it — available, there’s no shortage of ways to make real U.S. dollars, if you have the stomach for it. The volatility of crypto and the lack of understanding behind it turns off many investors and users to the idea. But with ease of transaction, security of the technology and world-wide acceptance, many experts believe crypto is here to stay.

“They [cryptocurrency] can greatly reduce transaction costs is why they’re here to stay,” said Myles Stern, MBA, Ph.D., CMA, faculty at Wayne State University, who teaches graduate accounting classes in blockchain. “If I want to send Bitcoin to someone, I just do it. There will be some sort of transaction fee to incentivize a miner to include your transaction in a block. In addition to a block reward, they get the transaction fee paid in Bitcoin.”

What is crypto?
Crypto is appealing to many because it has no bank or government oversight, and its limited quantities make inflation a non-starter.

“It’s a fun concept. It’s no more real or no more fake than the U.S. dollar in your hand,” explained Anthony Degiorgio, former technical analyst with Bloomberg. “You can’t just print more crypto because it has a finite amount. We can’t say that about the dollar or even about gold, because we don’t know how much is exactly in the earth. With Bitcoin, there’s a finite amount and we know how much is mined every day.”

Bitcoin is one of the most commonly known forms of crypto. It was created in 2008 by a person, or group of people, known as Satoshi Nakamoto. There are only 21 million Bitcoins available and about 18.6 million have already been mined, leaving a little over 2 million to be mined over the course of the next 19 years. As of deadline, each Bitcoin is valued at over $56,000 U.S. dollars.

“The first block of Bitcoin was post-market crash, which was caused by banks,” said Degiorgio. “The same thing could happen in the market again and again. There was a lot of distrust, which led to the creation of Bitcoin.”

Still think it’s a joke? Consider this: since the beginning of 2021, according to Fortune Magazine, Bitcoin reported is up 89%, Ethereum is up over 343% this year, but the breakaway gains taker for 2021 is easily Dogecoin. Originally started as a joke, Dogecoin is up a whopping 13,500%.

“If it is a bubble, a lot of people are going to lose a lot of money,” said Wayne State’s Stern. “I don’t think the underlying technology is the threat. Crypto is an artificial asset with no inherent value. If an event takes place that causes people to question whether Bitcoin will continue to hold its value, it could lead to a very, very rapid decline in the value.”

Degiorgio isn’t buying the bubble concept, either. He holds crypto in his personal portfolio and credits those investments in paying off student loans and being able to live in Manhattan.

The blockchain
The crypto blockchain is digital storage — some refer to it as a tamper-proof digital ledger — where, once a transaction is added to the blockchain, it supposedly can’t be changed.

Anyone can be a “node” on the blockchain. Just download the software from the Internet and create your own blockchain. Getting other people, or “nodes,” to join your blockchain heightens the chances of success.

“This is incredible technology,” said Stern.

According to Stern, one of the reasons crypto, and specifically Bitcoin, is so alluring is because of the security of the blockchain. The double authentication that a transaction occurred, combined with the thousands of nodes trying to add transactions and the fact that in 12 years the Bitcoin blockchain has never been hacked, make blockchain technology a serious player on the financial field.

“Think of all the hackers who are trying to hack the Bitcoin blockchain. If I can get the keys to the blockchain, I can steal billions of dollars. Hackers are constantly trying to break Bitcoin, so that tells you how the technologies’ underlying crypto actually work. Crypto exchanges and wallets have been hacked, but the Bitcoin blockchain has not,” Stern said.

As for the blockchain, it keeps getting bigger and bigger, thanks to miners adding new blocks by solving difficult mathematical equations. Miners can also receive rewards, paid in crypto, for adding new transactions to the blockchain.

Mining
Grasping the concept of these elusive coins such as Ethereum, Dogecoin and Litecoin, is not easy. And the technology behind them isn’t any easier.

Miners own powerful computers that often cost thousands of dollars. The value of the computer is measured in how much it costs in electricity to run versus how much money a miner can make per month mining. If you’re not one to sit at a computer, you can also buy mining time called cloud mining.

“Cloud mining is buying a contract that says ‘I own ‘X’ amount of computing power with this contract,’ which can cost from $2,000 to $10,000, similar to an option trade,” explained Degiorgio. “It’s a whole new stock market being created under your feet. It’s a whole ecosystem being built.”

It’s a risky investment for some, but for others, it makes sense.

“There’s no real forecasting about what it will do. It could change the need for all these small name banks,” said Degiorgio. “It’s still a premature market for the economic impact. It’s pretty correlated to the stock market as a whole. If the general market is up, the crypto will be up, too.”

Stern said, “In the marketplace, people are looking for an asset they think will continue to have value. They think crypto is better than gold, better than stocks. The notion of a tamper-resistant ledger and the potential uses of that in so many aspects of business and life — the technology is amazing. But I’ve got a split attitude. I’m absolutely convinced that crypto is here to stay, but I’m not sure any one of them is a good investment. Every time I look at it, I think, ‘Should I put some money in?’ My gut says ‘no.’”

However, investing in crypto to get out of paying taxes or being completely off the grid isn’t a sound plan.

Lynn Devantier is a 40-year veteran of the tax business and is an agent of the Treasury.

“There are no tax benefits to holding cryptocurrency,” Devantier said. “The feds are zeroing in on people who deal in Bitcoin, so those people pay their fair share in taxes. Additionally, the IRS does not accept payment in Bitcoin, but you have to report it as income.”

The now and the future
The concept of crypto currency is here to stay, the experts agree. But which one will come out on top? Will there be one? Will everyone use it?

New industries are cropping up all the time to support crypto in the market. From crypto wallets to mining computers and even payroll services, there’s an entire marketplace to support the elusive currency.

Bitpay specializes in helping companies get set up to make transactions in crypto.

“We are in all industries. We are really excelling in the luxury goods market. We have done a lot in luxury watches and jewelry; we recently helped in the sale of a private yacht. We have sold Lamborghinis, Bugattis, private jets. So those are the early adopters,” said Merrick Theobald, vice president of marketing for Bitpay. “We have a relationship with NewEgg.com, but there aren’t many e-commerce markets that have hopped on, but we expect them to soon.”

According to Theobald, companies that accept crypto see a 40% increase in new customers.

“We’re seeing a lot more merchants getting involved. These are new customers, so by accepting Bitcoin, they’re opening for a whole new universe of customers,” said Theobald. “In the U.S., there are a lot of easy payment services (Venmo, etc.), but cross-border payment is a pain point.”

Companies that operate on the international stage, who have employees around the globe, find paying in crypto more desirable among employees.

“Our payroll is for global companies that have to manage different fiat, or legal tender. Some is driven by employees, where their currency isn’t as stable as Bitcoin, because they can’t trust their local currency,” said Theobald. “It’s faster, better, easier than any other cross-border payment. Blockchain payments are exceptional for across border,” said Theobald. “We believe that blockchain payments are going to be here now and into the future. The benefits outweigh any of the risk.”

In addition, the financial world is also watching how each form of cryptocurrency performs. There’s even a phrase — the flippening — for if Ethereum overtakes Bitcoin as the more valuable and more accepted form of crypto.

As new crypto comes on market and others fade from the blockchain, the market will never lack for excitement. Investors with guts stand to make fortunes, while others who prefer a more regulated investment pathway shake their heads at the risk. Either way, there is a new form of currency on the global market and it’s here to stay.