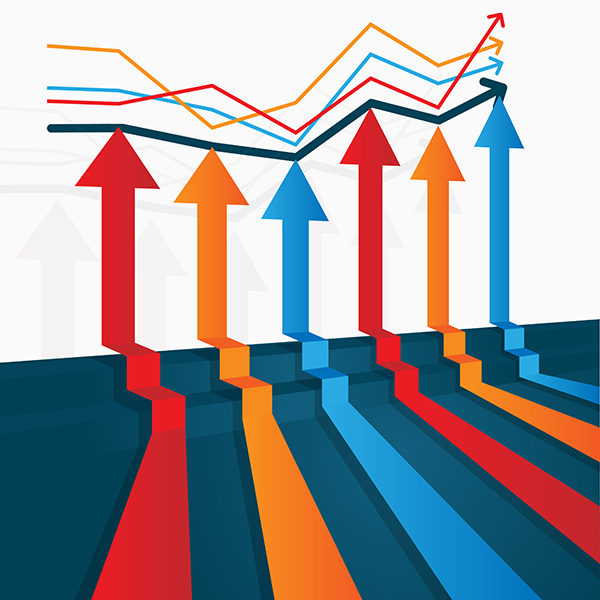 CHICAGO — The war in Ukraine is roiling international markets, ballooning energy prices and adding further stress to already strained supply chains as key commodities become scarcer and as oil prices increase shipping and other costs, according to supply chain experts.

While certain commodities will become more expensive than others as the war continues, taken together, the Russian invasion could have a snowball effect on the economy when compounded with the state of the global market before the war: the highest U.S. inflation in 40 years, product shortages, mismatched labor and demand and difficulty moving goods across the supply chain.

“I think it’s an absolute disaster, and I think we’re likely to see (higher inflation) for some time to come unfortunately,” said Robert Handfield, an economist at North Carolina State University. “It’s heightening the impact on supply chain disruptions already there before the war.”

Oil prices have already skyrocketed as Russian energy was taken off the global market by aggressive sanctions by the U.S. and NATO allies. Russia supplies about 12 percent of the world’s oil and 17 percent of its natural gas.

According to Handfield and Jason Miller, a logistics expert at Michigan State University’s Eli Broad College of Business, the U.S. is likely to feel the sting of higher prices for other commodities too as the war and aggressive sanctions against Russia send inflation even higher.

“The new wrinkle in oil prices is COVID-19 lockdowns in China as they try to deal with omicron,” Miller said. “If lockdowns spread, that will pull down the price of oil. There is no way to know yet how much consumers will be impacted given all the volatility we are seeing.”

That volatility includes the price of transportation, shipping, wheat, fertilizer and semiconductors. Ukraine grows a substantial portion of Europe’s wheat, and the war has ground farms to a halt and could send bread and wheat prices higher, according to Handfield, Miller and other economists. That could have severe effects on other countries reliant on Ukrainian wheat.

Russia, meanwhile, exports almost 13 percent of the world’s fertilizer, and the severe economic sanctions have already shot up fertilizer prices more than 98 percent from a year ago.

Russia also supplies about 40 percent of the world’s supply of palladium, and Ukraine supplied about 70 percent of the world’s neon gas. War and sanctions could halt their supply too, and both materials are used in the production of semiconductors, crucial for many electronic components. With a severe semiconductor shortage already underway, taking away raw input materials could make electronic shortages and prices rise even higher.

“Price shocks will have an impact worldwide, especially on poor households for whom food and fuel are a higher proportion of expenses,” staff for the International Monetary Fund said in a recent statement. “Should the conflict escalate, the economic damage would be all the more devastating. The sanctions on Russia will also have a substantial impact on the global economy and financial markets, with significant spillovers to other countries.”

Aside from record U.S. gasoline prices, the Russian invasion has already cut off supplies for wiring systems made in Ukraine that are crucial for automobile European automobile factories, the New York Times reported. BMW shut down factories in Germany, Austria and Britain due to parts shortages while Volkswagen halted production at its central German plant and other factories too, the Times reported.

Energy prices could be even more severe in Europe than the U.S., with Russia supplying roughly 40 percent of its natural gas and 25 percent of its oil, the paper added.

It could also shift the balance of geopolitical trade alliances.

“It’s the end of one era and the beginning of another, which is a less complete form of globalization than we had ambitions for in the immediate post-Cold War era,” Michael Smart, managing director of Rock Creek Global Advisors, told the Washington Post. “We have to think differently about what we mean by the global trading system. There are certain requirements that, if you don’t meet them, you’re not part of it. You can’t be in the club.”

Responding to questions from reporter during a news briefing on Tuesday, White House Press Secretary Jen Psaki said President Joe Biden and his economic team “are working overtime right now to evaluate and examine a range of domestic options that continue to be on the table, and also to engage with global suppliers about what can be done to ensure that the supply in the market meets the demand, thus bringing the price down.” Psaki declined to enumerate any specific actions under consideration, but told reporters that the White House is considering a “menu of options.”