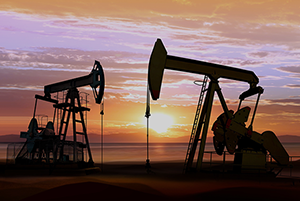 The core CPI excluding food and energy rose 0.6% (0.583%) on the month in January. Inflation was broad-based across the consumer price basket. Used car and truck prices rose 1.5% and apparel prices rose 1.1%. In addition, stickier prices like health care services (0.9%), rents (0.5%), and owners’ equivalent rent of primary residence (0.4%) grew faster than the Fed’s target during the month—the Fed’s target of 2% inflation by the personal consumption expenditures price index roughly corresponds to 0.2% monthly CPI inflation. From a year earlier, core CPI rose 6.0%. Like total CPI, core CPI saw the fastest annual increase since 1982. Vehicle prices were big drivers of that increase, with new vehicle prices up 12.2% on the year and used car and truck prices up 40.5%.

In Comerica’s February U.S. Economic Outlook, CPI inflation peaks for this cycle in the first quarter of 2022, then slows to 3.1% in year-over-year terms by the fourth quarter of this year. But risks to inflation are definitively to the upside. The NFIB’s survey of small businesses showed the share of small businesses planning price increases reached the highest since 1974 in January. AAA reports that gasoline prices averaged 4% higher in the first 10 days of February than January, putting upward pressure on the February CPI report. And the U.S. government warned February 11 that an imminent Russian invasion of Ukraine is a “distinct possibility.”

Some of the economic fundamentals that sent inflation soaring in 2021 are starting to improve. Businesses made a huge inventory build in the fourth quarter of last year, and surveys (ISM, NFIB) show that businesses grew inventories, worked through order backlogs, and experienced fewer supplier delays in January. Over time, rising inventories and faster-flowing supply chains could reduce shortages and cool inflation.

But all of that goes out the window if a war sends oil and gas prices surging. Another jump in energy prices would redouble pressure on the Fed to raise interest rates. Labor market indicators show the U.S. economy is approaching conditions consistent with the Fed’s mandate for maximum employment, meaning that inflation concerns would probably outweigh a war’s negative implications for global growth in the Fed’s thinking.

Comerica Economics forecasts for the Fed to raise the federal funds rate 0.25 percentage points at their March 16 decision, and to make three additional quarter percentage point rate hikes by year-end. But the Fed could raise interest rates faster if the Russia-Ukraine conflict sends energy prices surging even higher. Financial markets currently price in over 1.5 percentage points in rate hikes by the Fed in 2022, considerably higher than Comerica’s forecast, reflecting markets positioning for a more imminent threat of a broader Russia-Ukraine war.