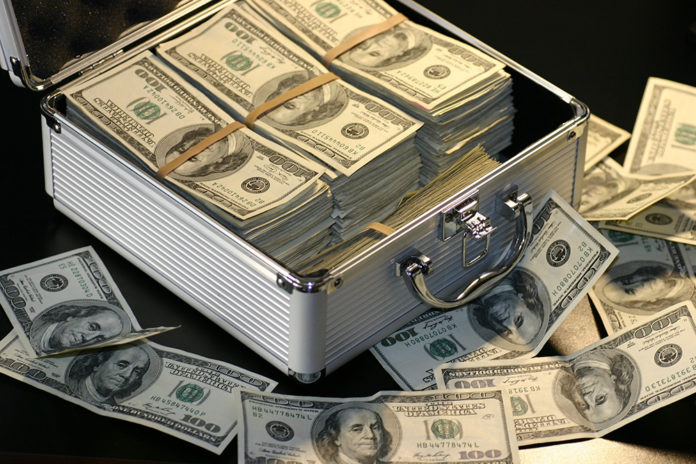 At least one business, Grand Rapids, Mich.-based Meritage Hospitality Group, is turning down millions of dollars for which it qualified under the federal Paycheck Protection Program because, officials said, guidance in the program is “unclear.”

And, over the course of the two phases of the PPP plan, originally approved in March as part of the federal Coronavirus Aid, Relief and Economic Security Act (CARES), several large businesses – notably among them the Los Angeles Lakers – returned money that wasn’t meant for them (the program is meant to help small businesses meet payroll and other expenses).

But as the second round of PPP loans make their way through the system and money is disbursed to businesses, officials at the U.S. Small Business Administration say those issues made up a very small percentage of applications, and they’re pleased with the way the program is now running.

“We have eliminated those issues,” said Rob Scott, regional director of the Great Lakes Region of the SBA. “When you stand up a program at the speed we did it … our eligibility was a little loose and some of those businesses were able to qualify. But it was less than 1% of the overall pot.”

The PPP provides forgivable loans to small businesses so they can maintain their payroll, hire back employees who may have been laid off, and cover applicable overhead. In the first round, the program ran through its $349 billion allotment in just 13 days.

The second round, funded at $310 billion, started April 27, and in three weeks has handed out some $190 billion in loans. According to Scott, there is still some $120 billion available. According to data, the rate of loan approvals has slowed from some 442,000 to 52,000 per day.

More: Manufacturers Back on the Job as Stay Home Restrictions Ease

More: As Hotels Prepare to Re-open, the Industry Looks to Partner with Health, Technology Experts

Scott said that’s because the size of the average loan is smaller – it was over $200,000 in the first round, compared to $73,000 now – and the money is being stretched farther.

There’s also a June 30 deadline coming up to use the money – it was mandated in Congress’ original legislation, according to Scott – and that may be scaring some businesses off.

The PPP program was designed to provide eight weeks’ worth of payroll to be used by the June 30 deadline. That looming deadline, Scott said, may be making businesses “leery of taking the loan” because they won’t be able to comply with the eight-week deadline necessary to trigger loan forgiveness.

But Scott said the eight-week deadline for using the PPP money is likely to be extended.

“Supposedly, Congress is going to fix that,” Scott said. “When Congress passed the CARES act and allocated money for the program, they were looking into a crystal ball and estimating most states would be open in eight weeks. No one could have foreseen that some states aren’t going to be open, or only open in a limited capacity.

“The deadline does need to be modified,” he added. “The thought process is that the deadline is going to be extended, hopefully soon. We certainly want to push the program to anyone and everyone who needs it.”

Meritage Hospitality Group CEO Robert Schermer isn’t waiting. In a statement published in several media outlets, Schermer said “as a result of shifting rules, unclear guidance and stabilized restaurant sales, the Company chose not to accept loans or participate in the (Paycheck Protection) Program.” The company said it would seek other federal aid in the form of tax benefits.

Scott said he understood the frustration over some of the guidance issues, but that their concerns are being taken into consideration and addressed.

“I think it’s a mistake (to decline the loans),” Scott said. “We stood the program up in six days, so we are literally building the plane as we fly it. I think businesses need to understand we’re taking their feedback, incorporating it into the guidance. We’re trying to help them. If they feel it’s going to be punitive some way, that’s their decision.”

Meanwhile, hundreds of thousands of businesses in other states are perfectly comfortable accepting the loans:

Despite his state’s position atop the list of approved loans in the second round, Gov. Gavin Newsom said California got short-changed a bit in the first round.

Businesses in the Great Lakes Region – which includes Michigan, Ohio, Wisconsin, Illinois, Indiana and Minnesota – have seen more than $24 billion approved in the second round, for a total of more than $89 billion since the program’s inception.