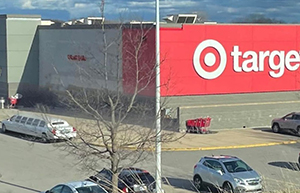 Burdened by a heightened inventory and affected by what experts are saying is a shift in spending by consumers, Target this week announced it will cancel orders from suppliers and cut prices ahead of the fall and holiday shopping seasons.

This effort to “right-size its inventory” for the balance of the year and create additional flexibility to focus on serving guests in a rapidly changing environment is intended to “further build on the company’s record of growth and market-share gains,” according to a press release issued Tuesday.

The Associated Press reported that Target’s profit for the fiscal first quarter fell some 52% compared with the same period last year. Sales of big TVs and small kitchen appliances that Americans loaded up on during the pandemic have faded, leaving Target with a bloated inventory that it said must be marked down to sell, the AP reported.

In cleaning up its inventory, Target is making room for items now in demand, such as groceries.

“Retail inventories are elevated,” Michael Fiddelke, Target’s chief financial officer, told AP. ”They certainly are for us, in some of the categories that we misforecast. We determined that acting aggressively was the right way to continue to fuel the business.”

The company continues to build additional capacity in the Company’s upstream supply chain to support its future growth by adding five distribution centers over the next two fiscal years.

“Target’s business continues to generate healthy increases in traffic and sales, despite sustained volatility in the macro environment, including shifting consumer buying patterns and rapidly changing operating conditions,” said Brian Cornell, chairman and CEO of Target Corp. “Since we reported our first quarter results, we have continued to monitor external conditions and have determined the necessary actions to remain nimble in the current environment.  The additional steps we are announcing today will ensure that we deliver for our guests while driving further growth. While these decisions will result in additional costs in the second quarter, we’re confident this rapid response will pay off for our business and our shareholders over time, resulting in improved profitability in the second half of the year and beyond.”