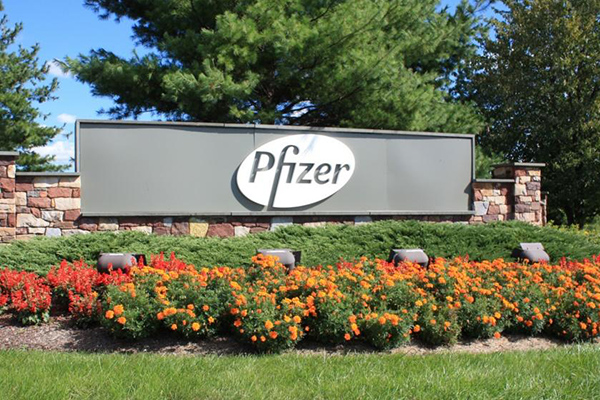 Pfizer Inc. and Global Blood Therapeutics, Inc. announced the companies have entered into a definitive agreement under which Pfizer will acquire GBT, a biopharmaceutical company dedicated to the discovery, development and delivery of life-changing treatments that provide hope to underserved patient communities, starting with sickle cell disease.

The acquisition complements and further enhances Pfizer’s more than 30-year heritage in rare hematology and reinforces the company’s commitment to SCD by bringing expertise and a leading portfolio and pipeline with the potential to address the full spectrum of critical needs in this underserved community. Pfizer intends to continue to build on the companies’ shared commitment to and engagement with the SCD community.

Under the terms of the transaction, Pfizer will acquire all the outstanding shares of GBT for $68.50 per share in cash, for a total enterprise value of approximately $5.4 billion, including debt and net of cash acquired. The Boards of Directors of both companies have unanimously approved the transaction.

SCD is a lifelong, devastating inherited blood disorder impacting millions of people worldwide, predominantly in populations of African, Middle Eastern and South Asian descent. GBT developed Oxbryta® (voxelotor) tablets, a first-in-class medicine that directly targets the root cause of SCD. Oxbryta was approved in the United States in November 2019 and is also approved in the European Union, United Arab Emirates, Oman and Great Britain. Net sales for Oxbryta were approximately $195 million in 2021. Leveraging its global platform, Pfizer plans to accelerate distribution of GBT’s innovative treatment to parts of the world most impacted by SCD.

In addition, GBT is developing GBT021601 (GBT601), an oral, once-daily, next-generation sickle hemoglobin (HbS) polymerization inhibitor in the Phase 2 portion of a Phase 2/3 clinical study. GBT601 has the potential to be a best-in-class agent targeting improvement in both hemolysis and frequency of vaso-occlusive crisis (VOC). GBT’s promising pipeline also includes inclacumab, a fully human monoclonal antibody targeting P-selectin which is being evaluated in two Phase 3 clinical trials as a potential quarterly treatment to reduce the frequency of VOCs and to reduce hospital readmission rates due to VOCs. Both GBT601 and inclacumab have received Orphan Drug and Rare Pediatric Disease designations from the U.S. Food and Drug Administration (FDA). If approved, GBT’s pipeline and Oxbryta have the potential for an SCD franchise that could achieve combined worldwide peak sales of more than $3 billion.

“Sickle cell disease is the most common inherited blood disorder, and it disproportionately affects people of African descent. We are excited to welcome GBT colleagues into Pfizer and to work together to transform the lives of patients, as we have long sought to address the needs of this underserved community,” said Albert Bourla, Chairman and Chief Executive Officer, Pfizer. “The deep market knowledge and scientific and clinical capabilities we have built over three decades in rare hematology will enable us to accelerate innovation for the sickle cell disease community and bring these treatments to patients as quickly as possible.”

“Today is an exciting milestone that accelerates GBT’s mission to discover, develop and deliver life-changing treatments that provide hope to underserved patient communities,” said Ted W. Love, M.D., President and Chief Executive Officer, GBT. “Pfizer will broaden and amplify our impact for patients and further propel much-needed innovation and resources for the care of people with sickle cell disease and other rare diseases, including populations in limited-resource countries. We look forward to working together with Pfizer to serve our communities and advance our shared goal of improving health equity and expanding access to life-changing treatments to create a healthier future for all.”

Pfizer expects to finance the transaction with existing cash on hand. The proposed transaction is subject to customary closing conditions, including receipt of regulatory approvals and approval by GBT’s stockholders.