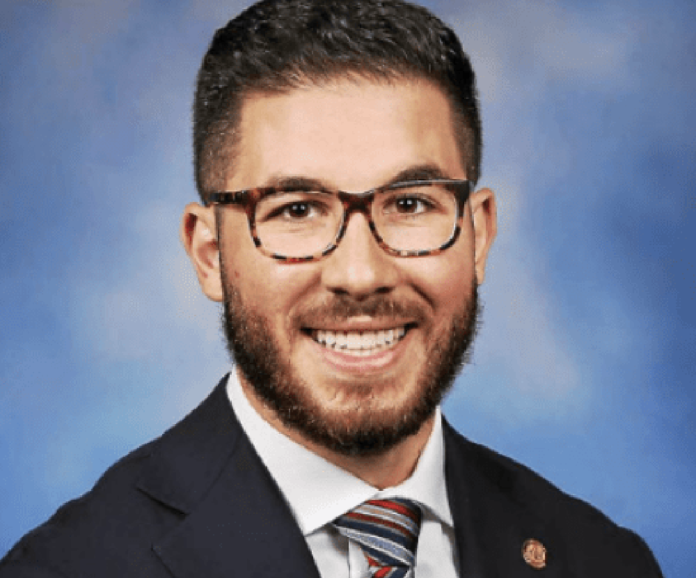 LANSING — After companies go bankrupt, workers are left without compensation in many cases.

Laura Virgo of Warren was an employee of Art Van Furniture Inc. for 22 years, working at locations in Dearborn, Warren, Westland, Taylor and Southfield.

Virgo describes her job at Warren-based Art Van as “the greatest job on earth at one point.”

In 2017, the Boston equity firm THL — Thomas H. Lee Partners — bought Art Van, and by 2020 the company had gone bankrupt and closed all its stores, including 30 in Michigan.

Virgo said that employees like herself weren’t provided any type of severance pay.

“Not only did we not get any severance, they shut our insurance off in the middle of a pandemic,” she said. “It was the biggest piracy I ever saw in my life.”

Rep. Abdullah Hammoud, a Democrat from Dearborn, plans to introduce guaranteed severance legislation this summer, according to Megan Kiefer, his legislative aide.

The bill would ensure all pay for hours, overtime, holidays, sick time, jury duty and vacation earned in the 12-month period before the layoff must be paid to employees, plus one week’s pay for each year worked, Kiefer said.

According to Virgo, 3,800 employees throughout the country lost their jobs when Art Van closed.

“There are no laws that protect us right now. The company was allowed to come in and leave us broke,” Virgo said. “It affected all the vendors, all the communities.”

Virgo said that THL didn’t give employees money that it owed them.

“I walked away with four weeks of vacation in their pocket and the flexible health spending account money that I never touched a penny of,” she said. “It’s more than that there wasn’t a severance. I didn’t get things that were already mine.”

According to Virgo, United for Respect, a national nonprofit organization fighting for policy changes to benefit retail employees, worked with former Art Van employees to help them get compensation.

“Initially THL offered us a settlement of about $230 per person to help us with our insurance, but with negotiation we were able to move that up to $1,200,” Virgo said.

Virgo said both employees and customers were shocked by THL’s decisions.

“They shut off our phones, which drove angry customers into the store. People were spitting on us and cursing us because THL wouldn’t give them their money back,” she said.

Teria Moore-Berry of Ypsilanti worked seasonally for Toys R Us in Ann Arbor for two years before the company closed in 2018. Since then, she’s been a vocal leader with United for Respect.

“There was a lack of care for workers going through all of this, and just for it to end with nothing didn’t feel right,” she said.

Moore-Berry said United for Respect informed her that she was supposed to receive some sort of severance.

“There ended up being about 33,000 people who lost their jobs, and the company didn’t give any thought to how we would be,” she said. “I wasn’t even aware that I was supposed to get any kind of severance.”

Moore-Berry said she began traveling to Washington, D.C., to advocate for people in similar situations.

“We actually ended up getting a $20 million hardship fund after they saw we were protesting,” she said. “It was nowhere near the amount of money we were supposed to be getting.”

According to Moore-Berry, a guaranteed severance law would prevent other employees fired in mass layoffs from being treated how she was.

“This bill would focus on the people who are on the ground working on an everyday basis and how they’re being affected,” she said. “We’re more than just workers that can be tossed to the side.”

According to Kiefer, employers covered by the bill would need to have at least 100 employees. To be eligible for severance pay, an employee would have had to have worked at least three years for the employer.

Eligible employees would receive one week’s pay for each year that they were employed by the company, she said.

“This has been a long-standing issue in Michigan,” she said. “This bill aims to make sure that Michigan workers have the resources they need when there is a mass layoff.”

Kristia Postema is a reporter for Capital News Service.