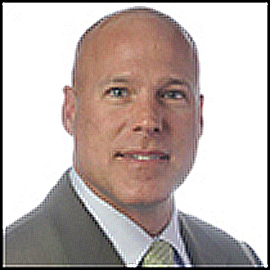 The year-end rush of bill signing in the governor’s office is proving fruitful to Michigan’s business and development community while continuing to protect our resources. The legislature ended an 18-month environmental reform process for the enactment of P.A. 502 and P.A. 446. The new law reforms Michigan’s environmental remediation and brownfield laws recommended by Gov. Snyder’s Environmental Advisory Rules Committee (EARC) and the Michigan Department of Environmental Quality (MDEQ) Collaborative Stakeholders Initiative. Michigan’s progressive brownfield laws have led the nation in creative economic incentives and with these new laws we will continue to serve as a model across the country. Key highlights of the new laws include:

Retroactive reimbursement for eligible activities costs
Tax Increment Financing (TIF) is one of the most commonly utilized tools in offsetting the costs of redeveloping a brownfield property. Increased tax revenue generated from brownfield redevelopment creates the tax increment, which is reimbursed to the developer over a period of time until eligible costs are reimbursed. Eligible costs vary depending on the community. The standard eligible costs include environmental due diligence and baseline environmental assessments, brownfield plan preparation, due care plan preparation and implementation, lead and asbestos surveys and abatement, response activities, demolition, site preparation, and infrastructure improvements.

Reimbursement of eligible activities conducted prior to approval of a Brownfield Plan is now possible via TIF mechanisms through both the local and state authorities. This will allow developers, while collaborating with the local governments and state departments, to begin eligible activities earlier in the process. Historically, the developer or business could not begin any redevelopment activities until the plan was approved by both the local brownfield redevelopment authority and city council. This resulted in stagnation of new projects and for many expanding business new jobs. This resulted in many deciding not to pursue the incentives, which resulted in decreased economic development and in some instances deciding to locate outside of Michigan.

Change in definition of eligible infrastructure costs
The definition of eligible infrastructure costs to be reimbursed through TIF has been changed to include public or privately owned or operated multi-level and underground parking structures and urban stormwater management systems. This is of significant importance with more and more redevelopment in high-density urban areas where parking is in growing demand and can be a deal breaker in many projects.

Addition of historic resources property eligibility
Historic resources are also now eligible for brownfield incentives under P.A. 502. Redevelopment efforts on a historic property are very costly and demanding on a developer/owner. Previously, only properties that were contaminated, blighted, or functionally obsolete were eligible for TIF. This new eligibility coupled with existing federal incentives should encourage more investment in our historic gems across the state.

Revised allocation of Clean Michigan grant funds
The Clean Michigan Initiative’s goal through the Brownfield Grants and Loans is to ensure safe reuse of abandoned, vacant, or underutilized contamination properties, while promoting the cleanup and redevelopment of brownfields. P.A. 466 amends provisions of the Clean Michigan Initiative Implementation by allocating an additional $12.5 million as grants instead of loans. This funding goes toward local units of government and brownfield authorities for response activities at environmental impacted properties where significant economic results can be demonstrated, including job creation, private investment, and/or increased tax revenue for the community.

Due Care Plan reviews in 45 Days
The MDEQ review and approval of Due Care Plans for contaminated properties as “response activity plans,” now have a general 45-day time limit for all properties, not just those seeking financing through the United States Small Business Administration (SBA). This greatly reduces previous 150-day review time applicable to Due Care Plans for properties not associated with SBA-financed transactions.

Soil relocation
Subject to limitations, requirements for relocation of soils at contaminated properties were streamlined to provide more opportunities for soils to be reused on-site or relocated to an offsite location, instead of being disposed at an off-site landfill. This is expected to allow greater flexibility and potentially result in lower redevelopment costs at many brownfield properties.

There are many other changes that are very important in these new laws that get into greater technical detail to allow environmental consultants use risk-based approaches to achieve compliance. These major changes will significantly increase economic development and business growth in urban areas and with properties that are environmentally challenged. This encourages preservation of agricultural, wetlands, forested and recreational land across the state while filling demand in urban areas. In addition, there is minimal fiscal impact to the state’s now balanced budget.

Michael T. Kulka, P.E., is the founder and CEO of PM Environmental Inc. Kulka has more than 20 year’s experience in environmental due diligence and environmental risk management. Kulka can be reached at www.pmenv.com.