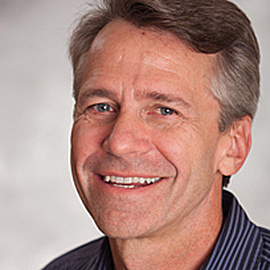 In this election year there have been ubiquitous declarations about the concerns of America’s “job creators” which is understandable given the high rate of unemployment. But what has been missing from the discussion is that all but one of the top 50 employers in the U.S. is concerned about battling climate change.

An analysis of sustainability reports and corporate websites of the Fortune 50 list of top U.S. employers reveals that 68 percent specifically cite climate change as a key challenge, while everyone except Berkshire Hathaway, a holding company, has strategies to lower their carbon footprints and reduce greenhouse gas emissions.

These are not just passing references. Forty of the 50 companies issue annual sustainability reports that clearly outline their mitigation plans and report their annual progress. Several use language similar to Hewlett-Packard, which describes climate change as “one of the most serious environmental and economic challenges facing global society today.”

So with near unanimity among our country’s largest employers that climate change poses a serious risk to our physical and economic worlds you’d expect it to receive attention in the media. But that clearly is not the case.

According to the Center for Science & Technology Policy Research, which tracks coverage of global warming by major newspapers, coverage of climate change declined roughly 20 percent from 2010 to 2011 and nearly 42 percent from 2009’s peak coverage, which include many stories about “Climategate” and a climate bill passed by the U.S. House of Representatives. While there has been an uptick this year due to some articles connecting the U.S. drought to climate change, the coverage is still well below levels seen between 2006 and 2009.

Major broadcast media coverage is no better. MediaMatters found that climate change coverage on network Sunday morning and nightly news shows in 2011 was down 90 percent and 72 percent, respectively, compared with 2009. In 2012, they found only 8.7 percent of stories about the record heat wave put the extreme weather in context of climate change.

Of course, the most news this year is regarding the presidential election. Here, too, the challenge of climate change in either an environmental or economic context is missing. After two convention speeches by the candidates and one debate, there have been two fleeting references to the challenge, one dismissive of the need to “slow the rise of the oceans and heal the planet.”

The fact most major companies recognize climate change as a critical business issue is a story worth telling, as are the many innovative ways in which they are attacking the problem, often saving money in the process. It appears, however, in this political and media climate it will fall on corporate leaders to get the story out.

Companies need to go beyond reporting dry statistics of carbon footprints and GHG emissions to providing engaging case studies that highlight interesting innovations and speak to the economic value of addressing climate change in relatable terms. And, CEOs need to be the spokespeople. Reporters and political leaders alike want to hear from the top executive because it elevates the credibility and urgency of the message.

Our nation’s leading companies are using seriousness and innovation to tackle the pressing reality of climate change. It is time this is recognized and discussed more openly in the media.

Ron Loch is managing director of the Sustainability Consulting Practice of Gibbs & Soell (G&S), a business communications firm. He is a co-author of the annual G&S Sense & Sustainability Study, which gauges the perceptions of more than 2,500 consumers and corporate executives on business efforts to develop sustainable products, services and practices.