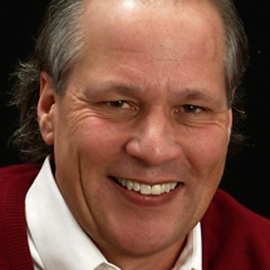 If you were stoking a bonfire, would you douse it with water? Not if you knew that’s what you were doing. Many of us work on building our inspiration, motivation and passion (our fire) and then subconsciously douse it. Or we set a challenging personal or business goal and keep running into a glass wall. Most often, fear of success causes these obstacles; it is probably the most cryptic and prevalent fear that blocks success.

Here are four examples of fear of success:

Here’s the setup for fear of success. Success in achieving one of your important goals (your first goal) creates failure for another one of your important goals (your second goal). Thus, either consciously or subconsciously, you sabotage your success in accomplishing your first goal for fear of not being successful in accomplishing your second goal. This is especially true when the second goal is in your subconscious mind - you aren’t aware, or fully aware, of it.

Overcome fear of success. Fear of success results in anxiety, and underperformance. Here’s a good general approach to gaining control of the self-sabotage of fear of success: When you view a situation as an either/or conflict in which you can successfully accomplish one goal but need to fail at another to do so:

The solution is usually not obvious and takes creativity and a mindfulness to find. Don’t give up! Keep committed to both goals; solutions evolve. Leaders can be highly effective in all dimensions of life: business, personal and spiritual.

(Names in stories have been changed to honor client confidentiality.)

For 26 years, Dr. TC North has accelerated executives, entrepreneurs and sales professionals in attaining their visions and dreams. He is a high-performance executive coach and speaker worldwide. He has also mentally coached a professional sports team, Olympic teams and other world-class athletes in the art of creating thoughts and emotions that maximize success. To learn more, visit www.TCNorth.com, or [email protected].