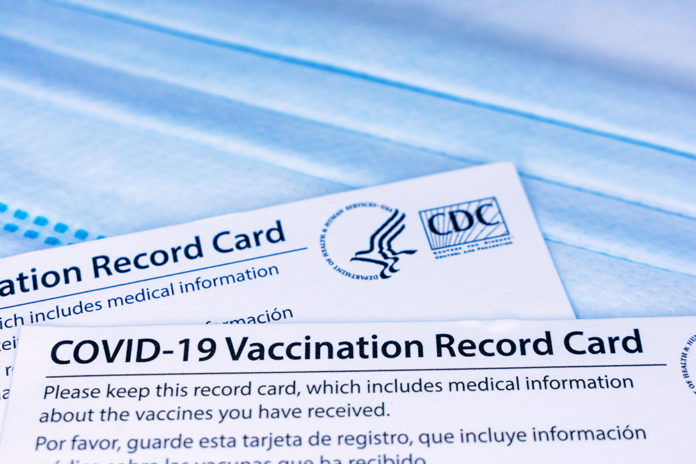 Large businesses with 100 or more employees have until Jan. 4 to comply with the federal government’s requirement for workers to be fully vaccinated.

The deadline was set in new guidelines issued by the Occupational Safety and Health Administration Thursday. The guidelines also say unvaccinated workers must begin wearing masks by Dec. 5 and provide a negative Covid test on a weekly basis after the January deadline.

The Biden administration also extended the original Dec. 8 deadline for federal contractors to comply with a stricter set of vaccine requirements for staff to Jan. 4.

Companies are not required to pay for or provide the tests unless they are otherwise required to by state or local laws or in labor union contracts, according to the OSHA release. Anyone who tests positive is prohibited from going into work.

Companies have until Dec. 5 to offer paid time for employees to get vaccinated and paid sick leave for them to recover from any side effects.

OSHA said it will provide sample implementation plans and fact sheets among other materials to help companies adopt the new rules. OSHA also intends to do on-site workplace inspections to make sure companies comply with the rules, a senior administration official said Thursday, according to CNBC. Penalties for noncompliance can range from $13,653 per serious violation to $136,532 if a company willfully violates the rules.

The vaccine mandate covers some 84 million people employed in the private sector and is the most expansive use of federal power to protect workers from Covid-19 since the virus was declared a pandemic in March 2020.

“It’s the biggest thing OSHA has ever done in terms of the number of workers it will cover,” Jordan Barab, a longtime top official at the agency during the Obama administration, told ABC News.

Business groups had called for the administration to delay the mandate until after the busy holiday season, worried that workers would choose to quit rather than follow the rules, further disrupting already strained supply chains and a tight labor market.

The mandate has already drawn legal challeges, and will certainly draw more. According to CNBC, nearly every Republican state attorney general in the U.S. has vowed to take legal action to halt the mandate.

Data compiled by Johns Hopkins University shows Covid has killed more than 750,000 Americans and infected more than 46 million. The virus is infecting more than 70,000 people a day on average, according to a CNBC analysis of that data.