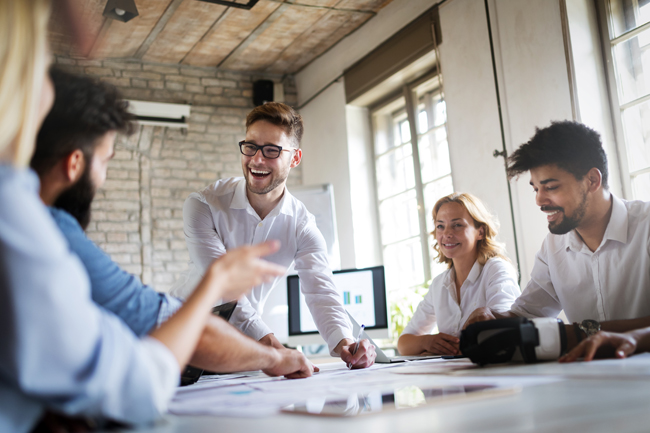 Do meetings at your company sometimes feel like a big waste of time? If yes, you’re not alone. More than 11 million formal meetings are held each day in America, and according to a survey by Microsoft, nearly three-quarters of the attendees feel those meetings are not productive. Add to that the nearly 40 percent who admit to dozing off at some point, or the 90 percent who fess up to daydreaming for a portion of these sessions, and you can see why meetings have earned such a bad reputation.

There are many ways to keep your meetings on-track and worthwhile, however. To get you started, here are a few of the most common meeting-related problems and how to fix them:

Meetings never start on time
Time is money. So, when your staff comes dragging in, even just a few minutes late, it’s costing you. Let everyone on your team know, in writing, that being late to a meeting is not an option. Be kind, but clear. Those attending should be prepared and ready to go, even if it means arriving 10 minutes early. Your meetings should always start on time, no matter how many people are missing.

Nothing gets accomplished, except scheduling another meeting
Set an agenda, and stick to it! If someone goes off track, it’s your job as a leader to reel them back in. If an issue isn’t resolved, assign someone to work on it, to report back by a certain date, then move on.

No one pays attention
In our society, the average attention span is about 10 to 18 minutes. Even a quick, half-hour meeting can cause people to check out. Keep your team engaged by asking for input. Avoid lectures, too. These are sure-fire attention killers. If you must schedule a longer meeting, include one or two breaks.

Also, a meeting scheduled too early or too late can kill its effectiveness. If you plan a meeting near noon, make sure lunch is provided. Nothing gets someone off track as much as hunger.

The meetings run long
Have you ever been in a meeting that just goes on and on, taking twice as long as necessary? We all have, which is why it’s a great idea to set a time limit. Then, if the session gets off-track or someone feels the need to endlessly talk about a situation, you can gently (but firmly) remind everyone that time is limited.

Meetings don’t have to be brain cell-killing, time-sucking gatherings. If done right, they will increase productivity and communication—despite the time they take!