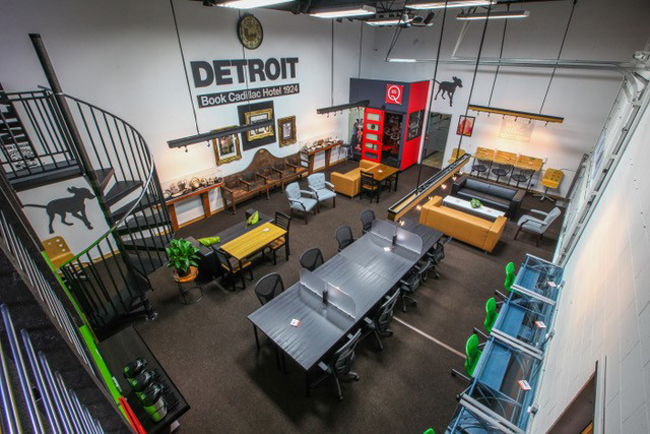 When Bob and Stephanie Hover went looking for a more creative office space for their design, graphics and marketing business, they found more than they bargained for.

Now they’re offering parts of their space – an office building three times the size they were looking for – to others who just need some space.

They launched HubWorX360 in Troy back in January. The building is focused on collaborative work space. According to the Hovers, the building “celebrates historic buildings in Detroit,” so each work space is themed. Open rooms and semi- and private-work spaces are available.

We’re creative, so we were trying to find more creative space, rather than ‘serious’ office space,” Bob Hover said. “We ended up with an industrial building that was probably three times the size we needed, so we decided to bring in other entrepreneurs.”

Working with the Troy Chamber of Commerce, HubWorX360 hosts a ribbon-cutting ceremony 4-5:30 p.m., Thursday, March 28, at the new location, 360 W. Maple (between Livernois and Rochester roads), Suite A, in Troy.