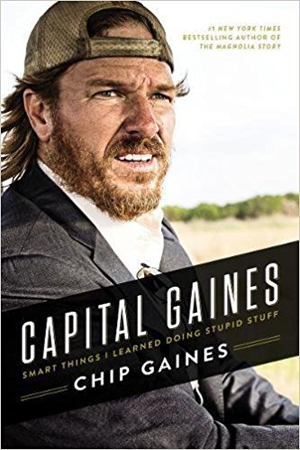 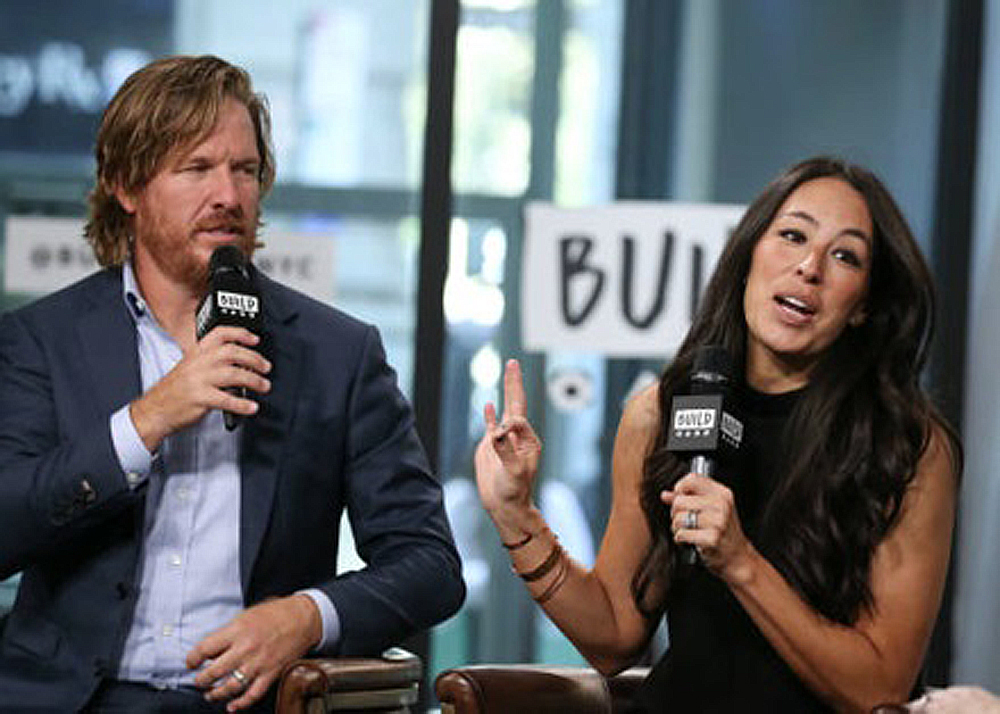 Of all the household names HGTV has produced, Chip and Joanna Gaines may be the most popular for their rustic style, Texan rough-and-tumble life and television show, “Fixer Upper.”

Chip Gaines has a new book out called “Capital Gaines: Smart Things I learned Doing Stupid Stuff,” and it already is a best seller. The couple, who also wrote a book together called, “The Magnolia Story,” are front and center of Chip’s book as well.

“Capital Gaines” is a look at the life lessons Chip has experienced, his ideas on how to approach work and business as well as a detailed explanation of why the family decided to end their popular show, now in its fifth season. He may not have realized he was writing a business book as much as a memoir, but “Capital Gaines” is filled with smart advice for newbies, longtime business owners and everyone in between.

Here are five things we learned from reading “Capital Gaines” about the couple, their company and Chip’s thoughts on running a successful business:

1. Be a penguin. When Chip was in first grade, he got labeled a “penguin” because he did not yet know how to read. His reading group at school was considered behind the rest of the kids, or like the flightless bird. But as Chip, who considers himself an eternal optimist, notes, penguins have their own skill sets that make them unique. They can swim, they are great parents and they have a purpose. People who work hard within their own special characteristics are penguins – people like Oprah Winfrey, Walt Disney and Michael Jordan also fall under this description, he writes. “The journey of some underdog slugging and fighting all the way to the top against all odds is infinitely more inspiring to me than the story of a golden child who was born with all the right stuff,” he writes.

2. Everything you do in life with passion, dedication and interest is important to building up who you are not only as a person, but as an entrepreneur. Chip loved baseball and he played with all of his heart. But he wasn’t meant to be a professional baseball player, and that was a devastating realization. But he also realized that the skills he picked up during those years on the field have suited him as a business owner as well. “I believed the baseball field was the perfect place to train me as a baseball player, but it turned out to be the perfect training ground for life as an entrepreneur,” he writes.

3. You’re going to make mistakes as a business owner. Both Chip and Jo had troubled when they first got into retail and construction. Chip remembers barely having enough money in the bank to pay his employees, and he struggled to have a system that kept his three enterprises organized and efficient. Jo had a retail business that she had to close because she was struggling to find time to be a mother and a store owner. Those may have felt like failures for a minute, but in the long run they were lessons on life, perseverance and the realities of running a company, Chip writes. “There isn’t a business plan out there that can predict all of life’s uncertainties or the ups and downs or unknown economies. But what we learned in this eight-year ‘in-between’ season was how to trust our gut(s) and when to go with our instincts.”

4. Treat your employees well. Chip and Jo have built up Magnolia to more than 500 employees – a fact that may surprise some fans of the show. That business is the one that flips the homes, builds the new kitchens and supplies people with the goods that Joanna finds and uses in her design business. Having the television show was great way to build up their name and reputation, Chip writes, but being able to nurture his business with good people and treat them the way that they should be treated is a big job that deserves the proper amount of time and investment. “On more than one occasion we had to host a ‘Shipapalooza,’ in which every single Magnolia employee worked in the warehouse packing boxes morning, noon and night just to keep up with the online orders. They were rewarded with overtime pay and all the barbecue they could eat, but I honestly believe these people would’ve done it for free. … And having so many people in our corner was the best part. We were reminded at every turn that we couldn’t do this alone.”

5. Make a decision and stick with it. Business owners, like anyone else, are confronted with a staggering number of decisions on a daily basis. But you’ve got to make up your mind, set your course and follow the path that you know is right, Chip writes. Leaving “Fixer Upper” is one of the toughest decisions the couple has made together, but they feel it is the right time and it will allow them to go onto other things that are important to them right now. “It’s infinitely better to fail with courage than to sit idle with fear, because only one of those gives you the slightest chance to live abundantly. And if you do fail, then the worst-case scenario is that you’ll learn something from it.”