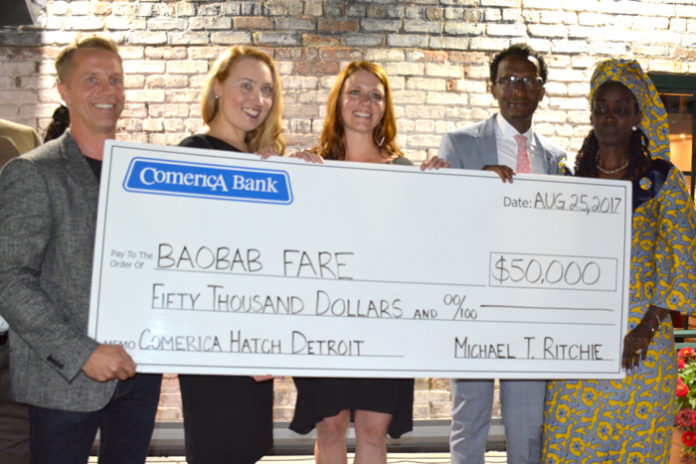 Hatch Detroit, the contest that seeks to help a new startup business in Detroit, Hamtramck or Highland Park get off the ground, is back for another year and this time, it has an even bigger offer to entrepreneurs.

Comerica Bank, the longest-serving bank in Michigan, is providing a $100,000 donation to the winner of the 2019 Comerica Hatch Detroit Contest. That is double the typical amount offered to Hatch winners; organizers say they understand that new businesses need additional funding and the increased donation reflects that.

The record amount in startup funds will go toward opening a brick and mortar business in Detroit, Hamtramck or Highland Park. In addition to Comerica’s $100,000 investment, the bank will also double its organizational support to Hatch Detroit with a supplementary $40,000 donation.

The 2019 Comerica Hatch Detroit Contest officially kicked off Friday, June 7 when entrepreneurs were able to submit their business plans online at HatchDetroit.com/apply through July 31.

The top 10 businesses will be announced once the submission period ends, and two rounds of public voting will follow, including a top 10 and top four – allowing the Detroit community to vote for the business they believe is worthy of the $100,000 top prize.

The Comerica Hatch Detroit Contest concludes Thursday, October 17 with the annual “Hatch Off” at Ford Field in the Comerica Gridiron Club.

Bigger than ever
“We view our relationships with small businesses as crucial investments into our communities,” Michael T. Ritchie, Comerica Bank Michigan President, said in a statement. “We are proud of our partnership with Hatch Detroit for the past seven years, and we are most delighted to see how well previous winners and alumni are succeeding. Our goal is to help our communities thrive, and we believe this will continue planting successful retail businesses in and around Detroit.”

In addition to startup funds, the 2019 Comerica Hatch Detroit Contest winner will receive a comprehensive package of accounting, legal, IT and public relations support from Hatch Detroit and its partners.

Organizers say 42 Hatch alumni businesses have opened since the Comerica Hatch Detroit Contest began in 2011, and Hatch Detroit has provided more than $1 million of in-kind services to both contest winners and alumni.