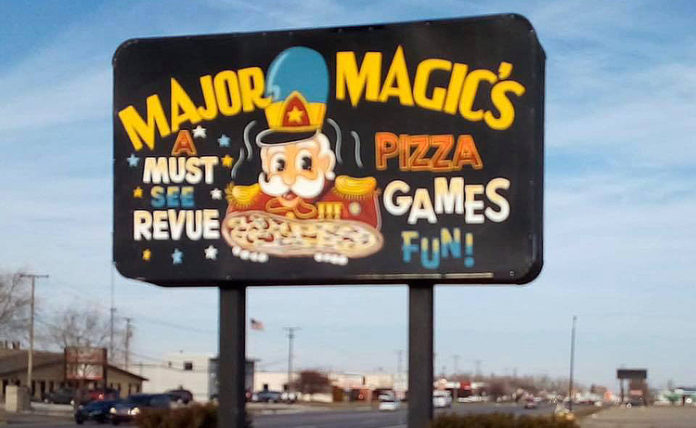 Where your business is located can be just as important as what you do, who you hire and how you market your goods or services. Having a great location and supporting the community is key to finding, as well as keeping, customers.

That is why it is interesting to observe and study the redevelopment — as well as residential growth — of cities such as Detroit, Flint and Pontiac. One “must watch” project is the work being done to revitalize Groesbeck Highway, which runs through cities including Detroit, Warren, Roseville and Mt. Clemens.

Groesbeck Highway is seeing new growth thanks to recently announced investment in restaurants, entertainment venues and other hot spots along its route. These newcomers are not only building new facilities, but they also are filling vacant spots, giving hope that this historic highway will have a fresh start in 2020.

One major newcomer to that roadway is Captain D’s, which is opening its first Michigan location along Groesbeck Highway in Clinton Township. Captain D’s describes itself as “the nation’s leading fast casual seafood restaurant” with more than 530 locations across 22 states, said Phil Russo, Vice President of Real Estate for the company based in Nashville, Tenn.

“Captain D’s has been offering its customers high-quality seafood at reasonable prices in a welcoming atmosphere for 50 years. Now, we’re looking forward to continued expansion across the Midwest with our first Michigan location slated for March,” Russo said.

New and old
The Michigan location selected for Captain D’s is exciting for a number of reasons, Russo said.

“Clinton Township’s population density, median income and median age all met or exceeded the aspired criteria for our fast casual brand,” Russo said. “The revitalization of the area further confirmed our decision to open our Clinton Township location alongside franchisee, Kirit Patel, as we aim for development across the Midwest.”

Another M-97 development that made headlines is the updated Major Magic complex. This site around 15 Mile Road and Groesbeck Highway is slated to become a family friendly gaming center that will include classic pinball and video games through Chesterfield Township-based Sparks Pinball Museum.

Sparks representative Mike Bradley said they are bringing 10 beloved pinball machines to Major Magic when it opens, which could be within the next two weeks.

“We brought classic video arcade games including Burgertime, Millipede, Donkey Kong, Punch Out, Circus Charlie and Ms Pac-Man,” Bradley said. “The games will be rotated from our collection of over 125 vintage pinball and video arcade machines.”

Huge interest
Bradley understands the excitement and enthusiasm around this project – because he and every other red-blooded kid and adult feels the same way.

“We’re excited to provide original classic machines that adults will remember playing at the original Major Magic’s and be able to share the experience with their own children. The venue is set up to be welcoming to all ages,” Bradley said.

And it is no exaggeration to say that around 4,000 people shared the Facebook post that Sparks put up on Jan. 2 about the gaming center. In its announcement, Sparks said it will provide some of the games that once were at the Major Magic’s on that site, bringing kids of all ages new cheer for this reboot.

“At a time when Chuck E Cheese has announced its plan to remove all animatronic characters from their locations, this new location will also feature the original restored animatronic band from 1982. This vintage band was saved from the last Major Magic’s location in Ohio before it was destroyed,” the Sparks post said. “Sergeant Pepperoni, Flash, Barbara Stringband, Rock the Croc and the Major himself will be performing for a new generation. We will post updates when we have an opening date.”