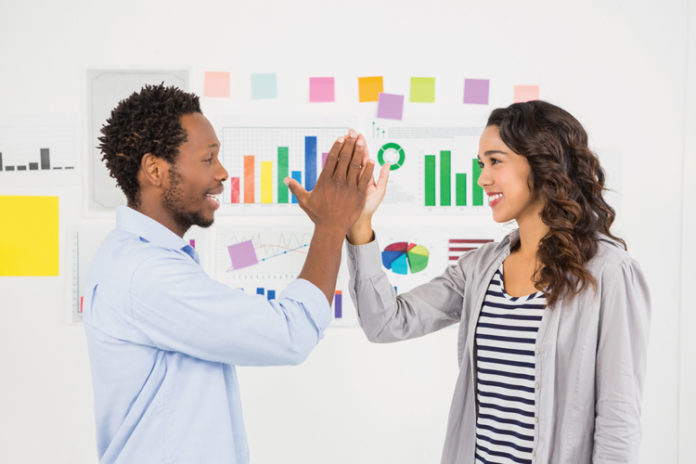 While the number of businesses owned by women and minorities has grown, there are still a lot of challenges to overcome.

The U.S. has 8 million minority owned firms, which is a whopping 38% increase since 2007, according to the U.S. Department of Commerce Minority Business Development Agency. Businesses owned by minorities generate $1.4 trillion in annual gross receipts.

Lower income
However, annual sales at businesses owned by black women are two times smaller than the next-lowest demographic group, Hispanic women, and nearly five times smaller than for all women-owned businesses, according to a Federal Reserve report. The average income of black women-owned businesses dropped from $84,000 in 2007 to $66,400 in 2018, according to the 2018 State of Women-Owned Business Report.

Lack of finances, difficulty getting loans and insufficient mentors to help them navigate the business world are some of the reasons for this disparity, said Dr. Kenneth Harris, president and CEO of the Midwest regional office of the National Business League in Detroit, an advocacy organization representing 2.9 million black-owned U.S. businesses. These businesses are growing at three times the national rate. But it isn’t all good news. These business owners, he said, are prompted to start their own companies because they’re historically excluded from procurement and contract opportunities, and continue to fight for inclusion in the workforce.

“So, what’s happening is minorities are finding more success owning their own businesses, as opposed to going into environments to get a job, moving up the corporate ladder or being excluded altogether,” Harris said.

Minority to become majority
The minority population in the country will continue to change, according to a Brookings Institute report, which said that by 2045 the majority of the population will be black and brown. With these changing demographic shifts, most of America will be minority, Harris explained.

“That’s part of the reason why you see an increase in blacks and minorities going into entrepreneurship, because they are becoming the majority,” Harris said. “Black women are finding it easier to channel in a commodity good or service, rather than fit into systems that are discriminatory and limit professional growth. Black women are taking the entrepreneurial route and turning that into business success around the country.”

Detroit has the largest concentration of black women entrepreneurs in the country, he added. There are 108,000 businesses owned by blacks in Michigan, based on 2012 U.S. Census statistics, and there are more than 49,000 black-owned businesses in the city of Detroit, ranked behind Los Angeles, New York, Chicago and Houston. However, most black businesses still lack access to resources and capital within the mainstream marketplace to further grow and expand, Harris said.

“Development is a key part of what we do,” explained MMSDC President and CEO Michelle Sourie Robinson. “Today it’s helping to procure long-term suppliers.”

The organization recently announced a partnership with Plug and Play, one of the largest technology incubators in the country. MMSDC is responsible for selecting corporate partners and securing funding to start and accelerate growth for a Plug and Play incubator in Detroit next January.

“The mobility incubator is open to all businesses, with a specific focus on bringing in businesses owned by women and minorities,” Sourie Robinson said. “It’s all about identifying businesses we can bring in to achieve corporate business goals. We help not only the OEM (Original Equipment Manufacturer), we help venture capitalists and lenders, as well as entrepreneurs who have a great idea but may not have the connections or know where to take their idea. Essentially, we open doors for those who typically don’t have access. That’s why this incubator and other growth projects are aligned with our mission.”

Reaching out to many
The MMSDC certifies 1,200 minority businesses that facilitate about 200,000 jobs annually. The organization is one of 23 affiliates of the National Minority Supplier Development Council, a nonprofit corporate membership organization that advances business opportunities for its certified minority business enterprises.

“In 2018, the Detroit MBDA Business Center was ranked number one out of 40 centers,” Sourie Robinson said. “It helps the corporate members and minority entrepreneurs that work with us. In fact, we are increasingly finding we have corporations outside of Michigan with operations in the state and they need to make sure their supply chains are strong. We identify their needs and help to fill in the gap by identifying strong supplier partners to meet business objectives. There are many challenges for business owners looking at an economy that is, at best, slowing and we’re in a period of uncertainty that impacts all business owners. You have things like strikes that are threats to any business owner, regardless of whether minority or majority.”

Women make their mark
Women are closing the gap on numbers of businesses owned nationwide. Businesses owned by women make up 39% of all privately held firms and contribute 8% of employment, according to the National Association of Women Business Owners.

But the numbers of women in professional, scientific and technical services fell, compared to other women-owned sectors, such as those that provide services, including hair and nail salons and pet care companies, as well as health care and social service industries, like child care services and home health care.

She sees a move toward women starting up companies in sectors previously dominated by men.

“We’re seeing an increase in women in construction and manufacturing,” Johnson said. “It’s nice to be able to see women start to dominate in some of those male driven industries, and that we’re being included in those types of industries.”

Grand Rapids Opportunities for Women (GROW) also lends a hand to women in business. The nonprofit organization focuses primarily on helping women, and also men, at various stages of business ownership. GROW helps entrepreneurs launch, advance, and sustain their businesses. They do this through business lending, training, coaching, counseling and networking.

Women, however, often start out at a disadvantage, since they hadn’t received equal pay and generally have less capital to begin a business, explained Bonnie Nawara, GROW’s CEO.

“It’s difficult for them to get the capital to grow and start their businesses,” she said. “Women-owned businesses have been one of the fastest growing segments of our economy, but they are traditionally smaller sized businesses. It takes a lot of capital, hard work and knowledge to build a business and, as it matures, it requires different skill set levels for the business owner to become more profitable. A lot of startups aren’t always willing to seek the help or they don’t know where the help is and that can be a barrier. It requires learning new skill sets, bringing in new resources.”

On another front
As of 2018, there were 1.1 million Asian American businesses owned by women, which represents growth of 7% from 2016. As much as 39% of Asian American women identify themselves as entrepreneurs, according to the Asian/Pacific Islanders American Chamber of Commerce and Entrepreneurship.

Asians have made strides in certain business sectors, but not others, said Grace Lee, Asian Pacific American Chamber of Commerce chair of the board emeritus. The Asian industries with the highest average number of employees per firm are seafood product preparation and packaging, employment services and management of companies and enterprises, the Small Business Administration Office of Advocacy reported.

“A lot of minority and women-owned businesses are traditionally on the service side,” Lee said. “If you want to go into science, technology or as a construction carrier, you will raise a lot of questions, maybe trust issues, to give us the opportunities. It’s hard for women and minorities to scale up.”

It’s discouraging, too, that 80-90% of businesses owned by women have revenue under $1 million, Lee said.

Insufficient federal funding for all minority-owned small businesses is a challenge, she said, adding that finding mentorship opportunities and role models is one way to overcome that hurdle.

Seeking minority status
Arab American business owners have struggled in a different way, because they are not considered a minority in the United States. Arab Americans and North Africans have tried for about 30 years to seek minority status with the U.S. Department of Commerce. The efforts, however, failed.

The census bureau identifies minorities as Native Americans who are part of the North American Indian tribes, Eskimos and Native Hawaiians; blacks with origins in the black racial groups of Africa; Hispanics from Mexico, Central America, South America, the Caribbean basin and some Brazilians; and Asians from India, Pakistan, Bangladesh, Japan, China, the Philippines, Indonesia, Taiwan, Vietnam, Cambodia, Thailand, Micronesia, Fiji, or any of the surrounding areas.

“We can’t show the disparity, because we’re not counted as a minority,” said Warren David, president of Arab America (formerly ArabDetroit).

Strides were made and it looked as if Arabs would have their own box on census forms; however, President Donald “Trump’s administration came in and before Arabs would be listed as a minority it was taken off,” he said.

Since Arabs aren’t listed on a separate box with the census bureau, it’s difficult to be specific about populations, but David estimates there are 4 million Arab Americans in the United States and between 500,000 and 1 million in the Detroit metro area.

David said the Commerce Department says “you need to show hardship,” but wonders how someone can do that “when there’s no data.”

“A constant problem in our community is we’re not counted as a minority and there’s no accurate data about disparity,” David said. “If we had a box on the census, we would be counted and then the proper data would be formulated. That would allow us to go to the commerce department to get minority status. It’s a Catch 22.”