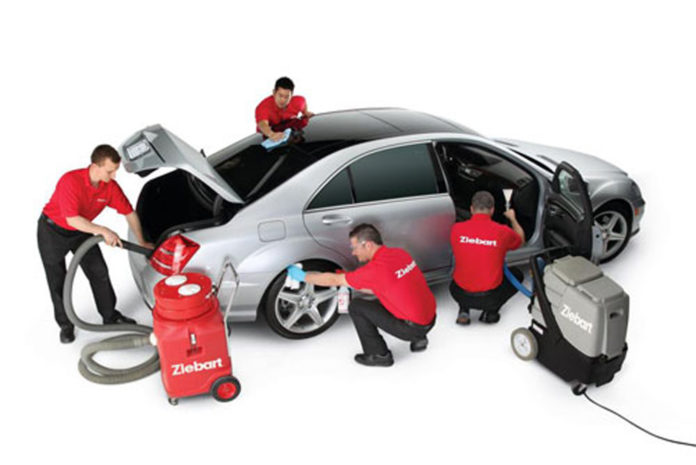 It will be 20 years this November since Corp! magazine, launched in 1998, featured Ziebart and its CEO, Thomas Wolfe, in the first year of the publication.

I remember meeting Wolfe in Ziebart’s corporate offices and talking about its history—it was founded by Kurt Ziebart, a German-born master mechanic in 1954—and its plans for the future.

Wolfe, a CPA by training who joined the employee-owned company in 1977, is still CEO. He happily agreed to an update conversation as part of a “looking back” for Corp! magazine’s 20th anniversary.

One of the first things he pointed out was that the plans he and his team had for Ziebart—3,000 stores by the year 2010—didn’t exactly work out to his liking.

“Whatever could go wrong did go wrong,” Wolfe told me, having reviewed our 1998 feature story.

“It was an unbelievable struggle,” he added. “A bunch of our franchisees left the system, largely because they resisted the changes that we were advocating.”

Planned changes related to accessories, brought under a “Survival Gear for Cars” moniker at the time, resulted in the exit of a significant number of dealers.

Ultimately, Wolfe says, the majority of them went out of business.

At the time, Ziebart had plans to partner with Speedy Auto Glass, but the business ran into regulatory issues that prevented the Canadian chain from expanding into the U.S., basically killing the initiative.

The good news is that in 2009, Wolfe and his management team took a hard look at the business with a goal to simplify and concentrate on Ziebart’s historical strengths as well as new technologies that would fit well with what dealers could successfully manage.

A year later, a reorganization was set in place, with three core businesses—structural protection (the traditional rustproofing Ziebart was known for), protective films (the company has developed its Z-Shield paint protection product), and high-end detailing services.

Wolfe began concentrating on expansion beyond the U.S., boosting the company’s international presence from 22 countries to the current 33 and accounting for 40 percent of its business.

Rustproofing, which today is less than 20 percent of Ziebart’s business, is still important, says Wolfe, who argues that anyone keeping a vehicle for more than five years should invest in the process.

Ziebart as a company now has 950 service centers, with about 400 licensed locations.

And while the company fell short of the 3,000 new store target talked about two decades ago, Wolfe says average dealer volume, which was under $600,000, is now “well over” $1 million.

“We have some very good margins on the products we have.”