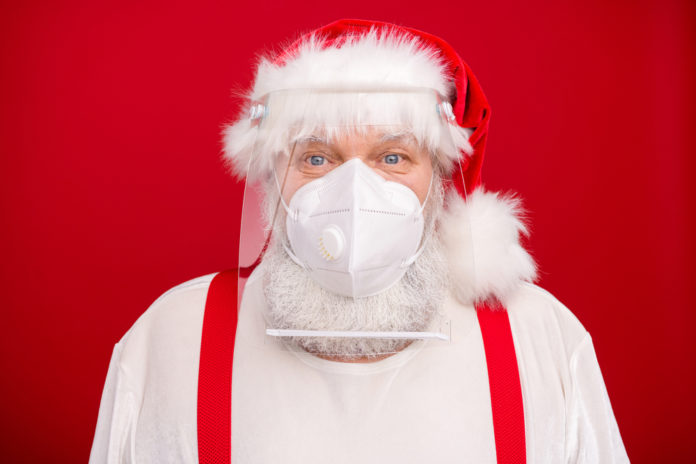 Events that include an in-person component are finding it hard to create a balance between keeping people safe from the virus while combatting the challenges of people trying to watch these parades and activities.

One annual tradition, Detroit’s Thanksgiving Day parade, is set to occur on Thursday. But this year, organizer The Parade Co. asked people to stay home and watch the event on television. Similarly, the Downtown Detroit Partnership also is asking people to watch the Christmas tree-lighting ceremony via TV rather than showing up in person.

“We’ve gone way, way, way beyond the guidelines because this is so important to bring to the people of Detroit, the region and the state,” Tony Michaels, president and CEO of The Parade Co., told the Detroit Free Press.

On Sunday, Michigan Gov. Gretchen Whitmer announced a new health order that limits attendance at public events. The order, which went into effect Wednesday, says only 20 people per 1,000 square feet can attend an outdoor event.

The Edsel and Eleanor Ford House decided to switch from its in-person Santa events to a Zoom-based activity, organizers said. The event is already sold out, said Clare Pfeiffer, Director of Communication and Engagement for the Grosse Pointe Shores-based historical home and event space.

“We went to a virtual Santa experience because we wanted to keep the beloved Ford House Santa visit alive, but we knew we couldn’t safely accommodate an in-person experience,” Pfeiffer said. “He usually visits families inside Josephine Ford’s Playhouse, which is built to 2/3 scale and really meant for small people. It’s a great place for children to visit Santa, but not a great place for social distancing.”

Pfeiffer added that the Ford House staff wanted to keep its events going, especially for children and kids of all ages who look forward to seeing Kris Kringle.

“We have families who have been coming to Ford House for multiple generations to see Santa, so this is a way we can keep a little bit of that tradition and holiday magic in an otherwise uncertain time,”

In Novi, Twelve Oaks Mall will celebrate the start of the holiday season on Friday and host Santa’s Drive-In, which organizers are calling “a socially distanced holiday experience.” Sponsored by LaFontaine Subaru of Commerce, LaFontaine Volvo Cars of Farmington Hills, and LaFontaine Chrysler Dodge Jeep Ram of Walled Lake, the event will feature performances by Santa’s Super Troopers, Sing-along and Story-Time with Santa and Mrs. Claus, and other holiday-themed activities and giveaways.

In conjunction with its photo partner, Cherry Hill Programs, Twelve Oaks Mall has reimagined Santa’s Flight Academy into a socially distanced, non-contact holiday experience. All photo sessions are by reservation only and require pre-payment. Masks required at all times, including the photoshoot, for guests ages 2 and up. Santa will maintain a six-food distance from guests at all times. Plus, there will be heightened cleaning protocols and hand sanitizer provided.

“Santa will wear a mask, at all times, regardless of state or local mandate. The Academy’s snowfall and high-touch, interactive elements have been temporarily removed,” said Kelsey Kiefer, Marketing Specialist for Twelve Oaks Mall.

Cancellations are plentiful
Other communities have decided to cancel plans entirely because of the pandemic. Last week, the Grosse Pointe Chamber of Commerce announced via email that its Grosse Pointe Santa Claus Parade, scheduled for November 27, was cancelled. “A parade committee … unanimously agreed upon to cancel this year’s event,” the Chamber said.

The Henry Ford, the Dearborn museum, also said the new statewide restrictions made it decided to cancel a variety of events, including its Ford Rouge Factory Tour, Plum Market Kitchen and Supper with Santa, scheduled for Dec. 4-6. These events will be suspended through Dec. 8, the museum said in an email.

Retail impact
Zenreach CEO John Kelly said retail foot traffic had been increasing, but an increase in coronavirus concerns and infections has pushed that back down in recent weeks.

“We observed a slow but steady increase from mid-April through June as we climbed back up to 50% of last year’s numbers. However, since July, we have seen a flattening of retail traffic, and we have remained around the 50% mark for the past four months or so,” Kelly said. “There’s no reason to expect an increase in foot traffic anytime soon—the U.S. recently set a new record with 140,000 daily COVID-19 cases, the clearest indication yet that the coronavirus pandemic is far from over and is something that we will all have to live with for at least another several months.

“Understandably, a large portion of the population still has serious concerns about brick-and-mortar businesses’ health and safety practices at this time,” Kelly added. “Anything that leads consumers to feel safer and have more confidence to go out in public to patronize businesses without having to worry about becoming infected—particularly something like a vaccine that could impact millions of people—is sure to have a positive effect on retail foot traffic.”

October did prove a successful month for retailers, according to newly released data from the National Retail Federation based on national statistics.

Retail sales grew for the sixth month in a row in October, with sales significantly better than the same time a year ago as the economy continued to recover and consumers began their holiday shopping early, the National Retail Federation said.

October’s sales results come as NRF’s latest research shows 42 percent of consumers started their holiday shopping sooner than usual this year. NRF has urged consumers to shop safe and shop early, and 59 percent had begun by early November, up from 49 percent at that point a decade ago. Consumers surveyed for NRF by Prosper Insights & Analytics plan to spend an average $997.79, down $50 from 2019 as they focus on gifts rather than purchases for themselves.