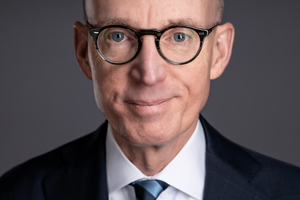 Michigan Gov. Gretchen Whitmer has a goal for which she recently gathered some key support.

Her goal: Increasing the percentage of Michigan’s workforce with a post-high school degree or high-value certificate to 60 percent by the year 2030.

The goal was buoyed when four major business organizations – Business Leaders for Michigan, the Detroit Regional Chamber, the Grand Rapids Chamber and the Small Business Association of Michigan – expressed their support for Whitmer’s MI Opportunity and Reconnect proposals.

Officials from those groups said they “look forward to working” with Whitmer’s team, and the state Legislature, to increase post-secondary access for high school graduates and adults, “consistent with principles related to accountability for both students and colleges.”

Doug Rothwell, CEO of Business Leaders for Michigan, said large employers in the state face the “same major challenge” to attract talent and then, of course, retain it.

“We want to have homegrown talent sustaining our state’s productivity and continued economic growth, and to achieve that we need to boost the number of residents who attain a post-secondary degree or certification,” Rothwell said. “(Whitmer) quickly identified this challenge and brought forth an attainable goal for us to all work toward.”

Detroit Regional Chamber president/CEO Sandy Baruah pointed out the chamber was “an early adopter” of the 60-percent goal now shared by Whitmer, as evidenced by its experience with Detroit Promise.

Andy Johnston, vice president of government affairs for the Grand Rapids Chamber, called closing the skills gap and addressing the talent crisis the “number one issue” for chamber members.

“To combat this issue, we need a plan to increase degree attainment, including four-year and two-year degrees, as well as certificates and credentials,” Johnston said. “We are eager to work alongside the administration, the Legislature and other stakeholders to craft initiatives that accomplish these goals and create a sustainable and thriving workforce.”

The lack of available talent to accommodate growth is a common challenge businesses of all sizes face, according to former lieutenant governor Brian Calley, now president of the Small Business Association of Michigan, who said Michigan has “come a long way” in the last decade. “We need a unified, comprehensive strategy to connect more people to education and opportunity,” Calley said. “SBAM looks forward to working with the Whitmer administration and the Legislature to reach the ambitious 60-percent degree or certificate attainment by the year 2030.”