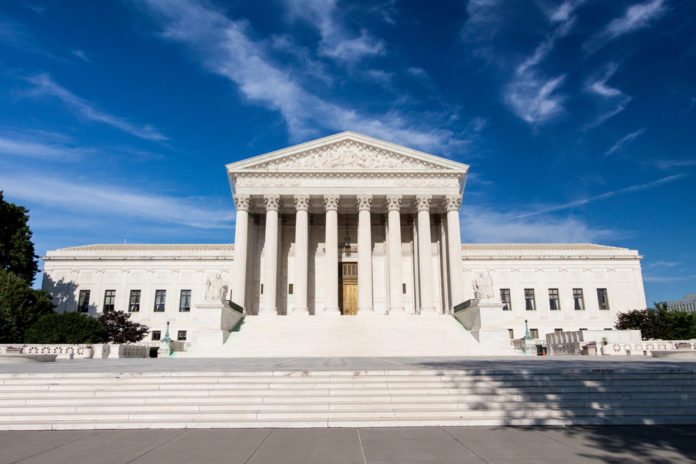 In 2013, when Canton resident Sommer Foster was working on a ballot initiative designed to protect the LGBTQ community from discrimination in employment, housing and public accommodations in Royal Oak, she heard stories of pain felt by LGBTQ folks who didn’t feel “free to be fully themselves at work for fear of being fired or denied a promotion.”

A year later, Foster – then the Director of Political Advocacy at Equality Michigan, was invited to the White House, where President Barack Obama signed an executive order prohibiting discriminating against LGBTQ federal contractors in a moment she calls “the proudest moment of my career.”

It was the same kind of pride she felt Monday, when the U.S. Supreme Court ruled that LGBT employees are protected in Title VII of the Civil Rights Act of 1964.

“Seeing President Obama sign that executive order … in 2014 was more than witnessing history happen,” said Foster, now the co-executive director of Michigan Voices, a non-profit focused on democracy reform and civic engagement. “It felt like a real step in creating a more perfect union, for all of us.”

Monday’s 6-3 ruling (Justices Clarence Thomas, Samuel Alito and Brett Kavanaugh dissented) affirmed a Sixth Circuit decision that it is illegal for an employer to fire someone because of their sexual orientation or gender identity.

The ruling extends the scope of Title VII of the Civil Rights Act, which bars discrimination on the basis of sex, race, color, national origin and religion, to include LGBTQ people.

The court considered three cases: Bostock v. Clayton County, Georgia and Altitude Express Inc. v. Zarda, in which employees were fired because of their sexual orientation, and R. G. & G. R. Harris Funeral Homes, Inc. v. EEOC, a case from Michigan in which Aimee Stephens, a funeral director, was fired after telling the company owner that, going forward, she would be living and working as a woman, although she had previously presented as male.

“I am so sad that Aimee Stephens did not live to see this day,” Foster said. “The arc of the moral universe is long — too long, sometimes — but on days like today, we are reminded that it does bend toward justice.”

Chief Justice John Roberts and Justice Neil Gorsuch, who wrote the majority’s opinion, joined the court’s more liberal justices in ruling that “an employer who fires an individual merely for being gay or transgender violates Title VII.”

“Judges are not free to overlook plain statutory commands on the strength of nothing more than suppositions about intentions or guesswork about expectations,” Gorsuch wrote. “In Title VII, Congress adopted broad language making it illegal for an employer to rely on an employee’s sex when deciding to fire that employee. We do not hesitate to recognize today a necessary consequence of that legislative choice: An employer who fires an individual merely for being gay or transgender defies the law.”

“No one should be fired simply for whom they love, and today America took an important step forward toward a more just and perfect union,” said Coulter, the county’s first openly gay executive. “Oakland County is proud to support this right for all our residents.”

Michigan Attorney General Dana Nessel, who in July 2019 joined a coalition of attorneys general who filed a brief in the three cases, celebrated the ruling.

“The Supreme Court’s decision … is a major victory for civil rights,” Nessel said. “But make no mistake, this is not the end of the story. It is just the beginning of the progress yet to be made on the important issue of equal protection. The Supreme Court’s decision, although groundbreaking, is relatively narrow. It involves only a federal law—Title VII—not state law.  And the decision applies only to employment decisions. The Court left for another day decisions regarding housing, education, public accommodations, and anything else of the kind.”