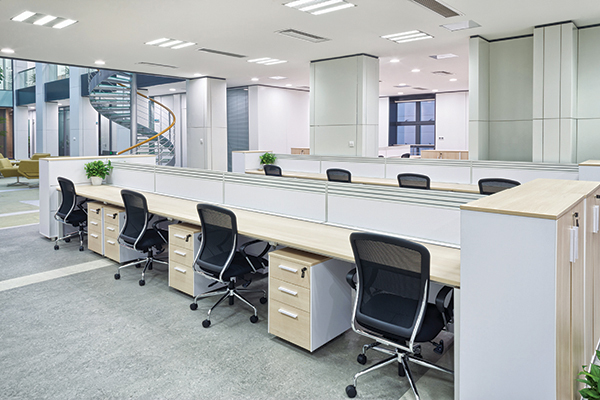 As of August 2022, there were over 5 million more jobs available in the U.S. than workers looking to fill them, and after more than two years impacted by the COVID-19 pandemic, there are 2.75 million fewer people in the workforce than there were in February 2020.

According to Martin Stein, founder and managing director of Blackford Capital, a Grand Rapids, Mich.-based lower-middle market private equity firm, it would be easy to blame the pandemic for the current worker shortage, but COVID illness or death accounts for only about 500,000 of the people missing from the workforce.

So, where did everyone else go?

“It’s a significant workforce reduction,” Stein said, “But there are a series of structural factors beyond COVID that are a lot more significant and that have caused many more workers to leave the work force, leaving the US with more unfilled jobs than we have ever had.”

Stein made the remarks during a recent webinar, “Where Did All the Workers Go?” (view here) presented by Blackford Capital and Corp! Magazine.

The webinar, which drew more than 400 registrations, was moderated by Stein and featured a panel of experts that included:

While COVID is not the only cause of the current worker crisis – maybe not even the biggest one — Stein acknowledges that it was certainly accelerated by the pandemic, which spread around the world in early 2020.

“This question of ‘where did all the workers go?’ starts with the pandemic…that was certainly the catalyst,” said Stein.

Since its onset, according to Stein:

An “unprecedented” 3.8 million jobs were added as recovery from the pandemic started in 2021. Although a huge step in the right direction, and “a faster recovery than the Great Depression by far, and substantially faster than the Great Recession of 2008-09,” the United States is still in the midst of a severe worker shortage, Stein noted.

Though COVID’s impact is undeniable, some of the worker issues are structural. For instance, changes in the way people were forced to do their jobs during the pandemic – with its shutdowns and remote work necessities – has changed employees’ expectations of their work environment.

According to Stein, in February 2020, less than 5% of the work force had access to remote work. In June 2022, he said, 58% of the workforce had access to a remote work option. A phenomenon that varies across all industries. In computer or mathematic industries, for example, such access is 90%; in finance, 86%, in architecture and engineering, 82%, and in the legal world, 76%.

“You have a certain sector of the economy where the vast majority (of employees) are expecting to and are working remotely,” Stein said. “In fact, a large group of people – up to 80% of workers – want flexibility in where they work or even expect to not work in the office at all.

“Workers are noting that remote work is having an impact on their overall experience and teamwork,” he added. “In some cases, noting that productivity is beginning to suffer as a result.”

While the pandemic certainly put more focus on remote or hybrid work situations, Anaplan’s Ekpo says it’s been coming for a while.

The pandemic, she said, brought employee issues to the forefront.

“COVID just accelerated some of these changes, it didn’t cause them,” she said. “It brought employee-related issues to a tipping point, and I’m not sure we as employers were prepared to tackle these issues right away.

“It amplified existing fractures in our system, such as child care,” she added. “You mentioned there’s an all-time low of women in the workforce. Well, yeah. There’s a worker shortage, especially with working mothers who can’t find affordable child care.”

Ekpo pointed out employers have had some version of remote work available “for a while,” just not to the level the pandemic brought about. But the pandemic, she said, has workers thinking more about their physical and mental health and their overall well-being in a different way.

“I’m in the Bay Area today, and some people commute up to two hours to work,” Ekpo said. “If they didn’t have to do that, they’d be more productive, they’d have more time with their families.  I think COVID just accelerated some things.”

Lear’s DiDonato said that, now that so much has changed, it isn’t likely to change back.

“Someone said, and I completely agree, that in the last 18-24 months we’ve experienced more than a decade of change,” Di Donato said. “That doesn’t happen very often … [but when it does] the changes are here to stay.”

Stein said to combat the issues of worker retention, one of the things employers did was throw money at the problem. Not only did 96% of organizations in the U.S. increase salaries last year, – a rate  higher than it’s been in the last 20 years, since the dot.com era, when the U.S. was on a massive growth trajectory, – but the U.S. government also poured $5 trillion of stimulus money into the economy.

And it worked, to an extent. But at the same time, Stein said, employees were developing a very different set of expectations around what they wanted to happen when they went back to work, that didn’t have anything to do with money.

But money isn’t everything. Ebersole Singh of the MEDC said workers today want more of a sense of belonging, of inclusion.

“I talk about value in terms of humans … all of us want to be valued as contributors,” Ebersole Singh said. “I think the pandemic gave us all time to think about ‘how are we going to be fulfilled,’ and how do I want to redesign my life and engage with my employer?’

“There is no silver bullet for what we’re facing,” she added. “I can’t look a company in the eye and say, “If I implement this one thing for you all your needs will be met in your workforce. That’s just not where we are.”

Ekpo agreed, pointing out that with so many job openings and far fewer available workers, potential employees can afford to be choosy when deciding not only where they want to work, but what they want out of the experience.

“The fact of the matter is, workers have a choice, and at Anaplan our goal is to be the employer of choice,” Ekpo said. “We’re really thinking about how we use our culture as a way to motivate our current employees and attract new ones.

“I was reading a study that talked about high employee satisfaction being connected to belonging,” she added. “That belonging aspect is something we’re really focusing on.”

Despite companies’ efforts to pay more money and allow workers to work remotely, 30% of workers are still changing jobs, Stein pointed out. In fact, almost a third of all workers will be switching jobs in 2022.

For millennials, (ages 25-34) tenure with one company has dropped from 4.6 years with a job to 2.8 years, almost half of what it was previously. This frequency is causing businesses, Stein said, to spend 50-60% of an employee’s annual salary to replace them, and it takes two years for a replacement to reach the same level of productivity as the previous worker.

DiDonato explained that managing from the top down, ‘command and control’ is one specific management style that can contribute to employee unrest and just doesn’t work. “Strong leadership is about listening and giving employees input. People want to be part of a winning team and you know it’s working both subjectively, as you feel and see the enthusiasm, and objectively, through lower absenteeism, worker retention and better profits.”

According to the panel, these are statistics employers must deal with, because it’s not likely to change any time soon.

“I don’t know if the final chapter has been written on those changes in terms of remote work,” DiDonato said. “But these changes are here and, in some form, I believe are here to stay.”

Blackford Capital is proud to join Corp! Magazine in presenting its second sponsored webinar – Why does everything cost so much? A strategic assessment of the current business and economic environment – on November 15, 2022, at 12pm ET. This insightful and information webinar is designed to help business leaders develop effective strategies that will help them thrive in one of the most inflationary environments in recent memory. Learn More