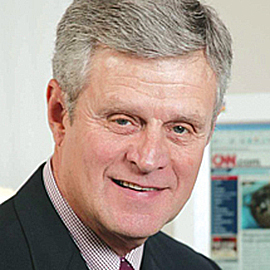 On Sept.23, 2013, J.P. Morgan Chase laid off 367 people in Troy, Mich. Earlier in the year the company announced they would cut 15,000 jobs nationwide. Unfortunately layoffs and downsizings happen - always have and always will. The key is knowing this could happen to you and preparing for it long before it happens.

Last week I talked with a group of mid-career executives who had lost their jobs. Some had been out of work for several years. I was speaking with them at their graduation from the MEDC’s “Michigan Shifting Gears” program where folks learn how to go about looking for a job. Almost all of the graduates said they had gone about looking for a job the wrong way, by sending out resumes and checking sites on the computer.

I started by telling them that I was one of them. Yes, I have been laid off or downsized four times in my career-¦all in the first third of my career. I told them about how I was about to be “wacked” again at age 57 by a company that was focusing on “young public relations people” mostly in their 30s.

In my previous positions I had met lots of people in government, charitable and community organizations, the media (that was my business) and in the business world. And I kept in touch with many of those people and they became my “network.” Plus, through volunteering and working with so many of them, they knew that I was a man of my word, that I accomplished what I said I would. So not only did my network know me, they knew what I could do.

I did not like being laid off so I continued to learn about my profession and to make myself the best employee I could. I listened to my supervisors, attended seminars, participated in seminars, read hundreds of books and joined professional organizations where on-going learning was a focus.

So when my employer was not including me in their future plans, I turned to my - by then - 25 year old network. I didn’t know it, but they were the key to my future success. I was also a much better employee through my on-going education. I was more prepared to lead a company than the people who were brought in to run my old company. I proved it by starting my own firm which within three years was larger than my old company.

My message to the graduates and to you is this: Building your network and continuing to learn are career-long opportunities and both will help you survive business downturns.

Two of the contributors to the Michigan Shifting Gears program, Bob Waltenspiel and Dave Phillips, who operate the detroitnet.org. networking group for tech professionals, said: “when you lose your job is not the time to begin networking - it is six months before losing your job.”

Let’s hope the people who have just been laid off did these things. It is not too late for any of us to start the process.

John J. Bailey talks about owning yourself throughout his recently released book, “The Power of Ownership: How to Build a Career and a Business,” now available on Amazon.com. Bailey is 40-year-plus public relations counselor serving business at the highest levels in strategic planning, crisis planning, media relations and media coaching. Often called “Mr. Ethics” writes and speaks on ethics in business and public relations on a regular basis. He can be reached at thepowerofownership.com.