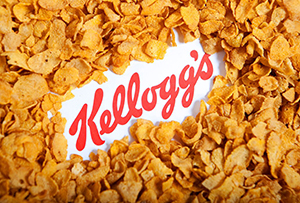 As announced in June, Kellogg Company plans to separate three of its businesses – Global Snacking Co., North America Cereal Co., and Plant Co. – to enable each business to unlock its full stand-alone potential.

As a standalone company, North America Cereal Co. will have greater strategic focus and operational flexibility, and will direct capital and resources toward unlocking growth, regaining category share, and restoring and expanding profit margins.

“I am thrilled to announce the first key appointments to the future leadership team of North America Cereal Co. Gary is a 22-year Kellogg veteran whose inspiring leadership style, deep knowledge of the business, and central role in defining the Company’s successful strategy make him the natural choice to lead North America Cereal Co.” said Steve Cahillane, Kellogg Company’s Chairman and Chief Executive Officer. “Gary and his team of seasoned leaders bring significant depth and breadth of experience and extensive knowledge to North America Cereal Co., all of which will enable the business to continue building momentum and capitalize on its compelling long-term opportunities for investment and profit growth, driven by its portfolio of iconic, world-class brands.”

“I am honored and humbled to have been named Chief Executive Officer of North America Cereal Co. and to have the opportunity to carry forward this portfolio of beloved brands with their rich tradition and heritage of innovation,” Pilnick said. “The remarkable story of Kellogg Company began with cereal, and through more than a century of operational success, we have the privilege of taking what has grown into a $2.4 billion business on its next journey as North America Cereal Co.

“We are excited by its potential as an independent company, and I am confident that the world-class experience and track records of the people joining me on the leadership team will ensure we fulfill that potential,” he added.

The leadership appointments are subject to – and will be effective upon – completion of the planned separation of North America Cereal Co., which is on track to be completed by the end of 2023, following the satisfaction of customary conditions. Additional North America Cereal Co. executive leadership and Board appointments will be made as the separation process progresses.