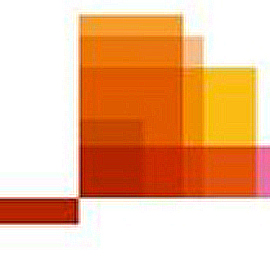 The Software industry received the highest level of funding in the third quarter of 2013, exceeding the $3 billion mark for the first time in 12 years with $3.6 billion flowing into the sector during the quarter. The Software industry also counted the most deals in Q3 at 420, a 23 percent increase from the 342 rounds completed in the second quarter of 2013. Nine of the 11 largest investments in Q3 went into Software companies.

It’s an exciting time to be an entrepreneur with a software company, remarked Mark McCaffrey, global technology partner and software leader at PwC US. “More venture capital dollars are going into more software deals than we’ve seen in the past decade. The continued increase in valuations for innovative and disruptive technologies in software-related companies, coupled with the increase in exit activity, is driving venture capitalists to make more investments in this space. And, at the current pace of investing, we should see total venture capital investments in 2013 exceed the annual total from 2012.

With more than half of this quarter’s deals coming from early and seed stage deals, there’s credible reason to be optimistic about the future of innovation and the vibrancy of the startup ecosystem. Software is a natural increased area of focus given that many tech deals are less capital intensive to get to proof of concept, said John Taylor, head of research at the NVCA. We are balancing this optimism, however, against the recognition that VCs are still trying to gain exits for the previous generation of companies. There is some improvement on that front but we would like to see it strengthen even further, Taylor added.

Venture capitalists invested $1.5 billion into 252 Internet-specific companies during the third quarter of 2013. This investment level is 19 percent lower in dollars and 9 percent lower in deals than the second quarter of 2013 when $1.9 billion went into 277 deals. Only one of the largest 11 rounds for the quarter was in the Internet-specific category. âInternet-Specific’ is a discrete classification assigned to a company with a business model that is fundamentally dependent on the Internet, regardless of the company’s primary industry category.

The Clean Technology sector, which crosses traditional MoneyTree industries and comprises alternative energy, pollution and recycling, power supplies and conservation, declined 20 percent in dollars and 7 percent in deals with $297 million flowing into 40 deals. The third quarter of 2013 marks the seventh consecutive quarter of declining investment levels in the Clean Technology sector.

Eight of the 17 MoneyTree industry categories experienced decreases in dollars invested in the third quarter, including Consumer Products & Services (78 percent decrease) and IT Services (28 percent decrease). The Computers and Peripherals sector experienced a large jump in investment levels, rising to $274 million, primarily due to a single large deal, which was the third largest in the quarter.

Stage of Development
Seed stage investments dropped 4 percent in dollars and rose 12 percent in deals with $146 million invested into 48 deals in the third quarter. Early stage dollar investments rose to their highest level in 12 years, rising 7 percent in dollars and eight percent in deals from the prior quarter to $2.7 billion going into 538 deals. Seed/Early stage deals accounted for 58 percent of total deal volume in Q3, slightly ahead of the second quarter of 2013. The average Seed deal in the third quarter was $3.0 million, down from $3.5 million in the second quarter. The average Early stage deal was $5.0 million in Q3, down slightly from $5.1 million in the prior quarter.

First-Time Financings
First-time financing (companies receiving venture capital for the first time) dollars increased 11 percent to $1.3 billion going into 346 companies in Q3, an 8 percent increase in the number of deals from the prior quarter. First-time financings accounted for 16 percent of all dollars and 34 percent of all deals in the third quarter, identical to the totals seen in the second quarter of 2013. The average first-time deal in the third quarter was $3.7 million, up from $3.6 million in the prior quarter.

MoneyTree Report results are available online at www.pwcmoneytree.com and www.nvca.org.

The survey includes the investment activity of professional venture capital firms with or without a U.S. office, SBICs, venture arms of corporations, institutions, investment banks and similar entities whose primary activity is financial investing. Where there are other participants such as angels, corporations, and governments, in a qualified and verified financing round the entire amount of the round is included. Qualifying transactions include cash investments by these entities either directly or by participation in various forms of private placement. All recipient companies are private, and may have been newly created or spun-out of existing companies.

The survey excludes debt, buyouts, recapitalizations, secondary purchases, IPOs, investments in public companies such as PIPES (private investments in public entities), investments for which the proceeds are primarily intended for acquisition such as roll-ups, change of ownership, and other forms of private equity that do not involve cash such as services-in-kind and venture leasing.

Investee companies must be domiciled in one of the 50 U.S. states or DC even if substantial portions of their activities are outside the United States.