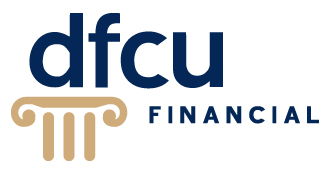 DEARBORN, Mich. & TAMPA, Fla. (Globe Newswire) — The Boards of Directors of DFCU Financial and First Citrus Bancorporation, Inc., the holding company for First Citrus Bank, announced the execution of a definitive agreement by which FCB will merge with DFCU in an all-cash transaction.

Subject to the terms of the agreement, shareholders of FCB will receive $47.75 in cash for each share owned. DFCU will also cash out the outstanding options at FCB at the difference between the strike price and the per share cash consideration to FCB shareholders.

The Board of Directors of both financial institutions have unanimously approved the transaction, which will mark DFCU’s entry into the state of Florida. As of March 31, 2022, FCB had approximately $689 million in assets, $398 million in loans, and $622 million in deposits. The combined entity will have approximately $7.1 billion in assets and nearly $800 million in capital across its Michigan and Florida footprint with a total of 33 branch locations.

Barrett said FCB was “delighted” with the deal.

“We’re … honored they have entrusted our executive team to build upon their 72-year history,” Barrett said. “This merger is not only a win for our shareholders, it’s a win for our associates, clients, Tampa Bay, and frankly, the state of Florida. DFCU’s midwestern values align well with ours. We are proud to fly the DFCU flag and look forward to raising it throughout our state.”

Upon completion of the transaction, the entire management team of FCB will join DFCU, with Barrett being named Florida Market President and the remaining executives fulfilling similar roles as they currently hold at FCB for the Florida operations of DFCU. Additionally, DFCU intends to keep all of FCB’s branches open following the completion of the transaction. The transaction is contingent on approval by the shareholders of FCB and is expected to be completed in the fourth quarter of 2022, subject to all required regulatory requirements and approvals and the fulfillment of all customary closing conditions.