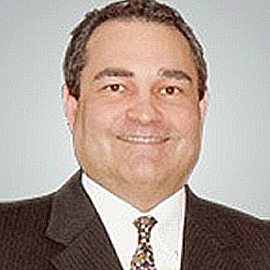 While the worst of the financial crisis and economic downturn continues to be in the past, the future of the financial services industry remains uncertain. The competitive landscape remains in fluctuation and the debate about regulatory change continues. Economic uncertainty by consumers and the anticipation of the upcoming elections leaves growth rate slow, but steady. What is certain is that our industry is experiencing a period of transition while moving toward a new financial landscape including a more candidate driven marketplace, resulting in many questions about how organizations are positioning themselves for this change. Angott Search Group (ASG) conducted a survey of bankers across the country, from Wall Street to Main Street, to provide insight into their views on the industry, their immediate plans and the future of their organizations. Our focus included areas such as growth opportunity, hiring plans, obstacles, and compensation.

Growth Opportunity
The majority of bankers today are finding that organic growth is tough in the present economic climate, although some of the larger institutions see a chance to grab market share. According to our survey, more than 55 percent of the respondents indicated that the current banking environment will provide a good growth opportunity, 34 percent felt growth was stabilized, but not moving forward, and 11 percent were forced to take a step back. These findings reflect a cautiously optimistic outlook for the future; if the numbers hold true, there will be some winners as we move to close out 2012.

Hiring Plans
Almost 94 percent plan to make additions to staff or make selective hires for the balance of 2012 – with 36 percent planning to add staff; another 56 percent will make selective new hires, replacing open positions and maintaining all-over staff size, and only 5 percent have no plans for taking on new hires.

The Commercial Lending arena is leading with 35 percent adding new hires, and the Retail Banking & Administration arena at 26 percent. In the last several months, these findings are further supported by ASG’s experience as commercial loan officers and retail administration searches have doubled in comparison to 2010.

During the height of the recession, candidates were in high demand, while jobs were in short supply. As our survey and our own job order metrics will bear out, the market is turning back to favor the candidate. Although ASG knows that we are in a candidate driven market, employers in large part, have not realized this new market dynamic, and have been slow to respond to reinstate bonuses, i-comp and other options.

Obstacles
There is no ambiguity about the biggest obstacle that banks face right now - federal oversight – over 47 percent had it at the top of the list. Other obstacles include - the concern over the local talent pool at 18 percent; problems with capital ratios at 11 percent, and access to capital in the secondary market at only 4 percent.

Compensation
The compensation arena, one of the toughest to analyze, is a moving target in most industries, but even more so with financial services companies. Incentive plans face much scrutiny, and many are still afraid to return to paying incentive plans for fear of regulatory retribution.

Our survey results indicate that 32 percent expect revised bonus plan objectives; 29 percent anticipate an increase use of performance-based equity compensation while 28 percent do not expect any changes in executive compensation. Less than 11 percent will measure their performance against their peer group.

Although compensation is not currently the greatest factor in determining whether a candidate is attracted to a new position (only 22 percent see it as a major factor), forward-thinking banks should reevaluate this area. Most banks need to focus on returning dividends to shareholders although this could result in a problem with retaining top talent. The demand for this talent will bring back signing bonuses, stock options, and incentive plans. Many of our clients have either reinstated some bonuses or are talking about it as we write this.

Our respondents report that what attracts candidates today has not changed in two years, with 32 percent citing a stable and growing organization as the key factor in evaluating a new job opportunity. While 25 percent indicate that, a better opportunity provides incentive to move. Another 16 percent believe that the prospect of long-term retention also plays a role.

Conclusion
The banking industry continues to see many changes since the recession and executive management must still be prepared to take advantage of any opportunity that arrives. Regulations continue to be a burden for many institutions and keeping up with them can be both timely and costly. Employees are stretched to the maximum, and retention is critical in the months ahead. New hires will be needed in order to move forward.

Although our survey does not offer any quick solutions or reveal vast confidence, the situation is not all doom and gloom. The majority - 55 percent – feels neutral about the outlook for the banking industry. Moreover, considering the depth and strength of the crisis, perhaps that alone qualifies as optimism for the future.

Brian Rhonemus is the Managing Director of the Financial Services Practice at Angott Search Group and he has been servicing the banking and recruiting industries for more than 25 years. ASG services a variety of banks, savings banks, mortgage banks, credit unions, insurance companies and other financial services companies throughout the nation. For more information or for a full copy of the survey, contact Rhonemus at (248) 650-4800 or via email at [email protected].